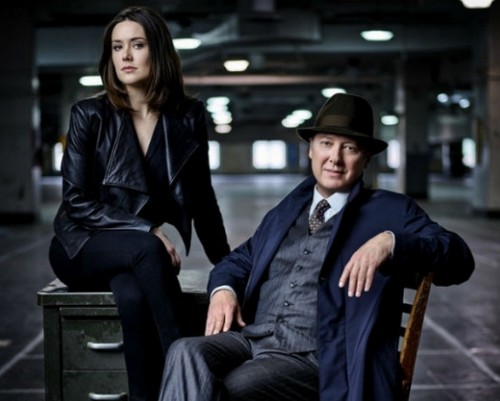 When TPTB killed off Elizabeth Keen last month, fans of the NBC drama were convinced it was another hoax, and someone had faked Liz’s death. But, now that NBC has greenlighted the spinoff The Blacklist: Redemption and confirmed that Tom Keen is leaving The Blacklist too – it is really starting to appear that Liz’s death was the real deal.

Without Elizabeth Keen on the canvas anymore, it makes sense that they would usher Ryan Eggold off as well, virtually turning the primetime drama in to the “Raymond Reddington Show.”

Recently, social media was buzzing with supposed sightings of Megan Boone on The Blacklist set, giving fans a tiny shred of hope that she might not be dead. But, alas, no photos have emerged of Megan Boone filming Elizabeth Keen’s role, so it may have been a hoax. And, even if she was filming, it could have just been a flashback sequence or a dream.

The Blacklist spoilers tease that Reddington (James Spader), Scottie Hargrave (Famke Jennsen), Tom Keen, and the FBI agents will continue their quest for revenge on Kirk Alexander in the Season 3 finale. Is there a chance that when Red gets face to face with Kirk, he will reveal that he is holding Liz captive and he somehow miraculously faked her death in the ambulance?

Then again, Blacklist fans may have to wait until the Season 4 premiere of The Blacklist in the Fall to learn if Keen is truly dead.

What do you think Blacklist fans, is Elizabeth Keen really dead? Or will they reveal that she is still alive in the Season 3 finale this week? If Elizabeth is really dead – will the show survive without Megan Boone and Ryan Eggold?

Let us know what you think in the comments below and don’t forget to check CDL for all of your Blacklist spoilers and news!