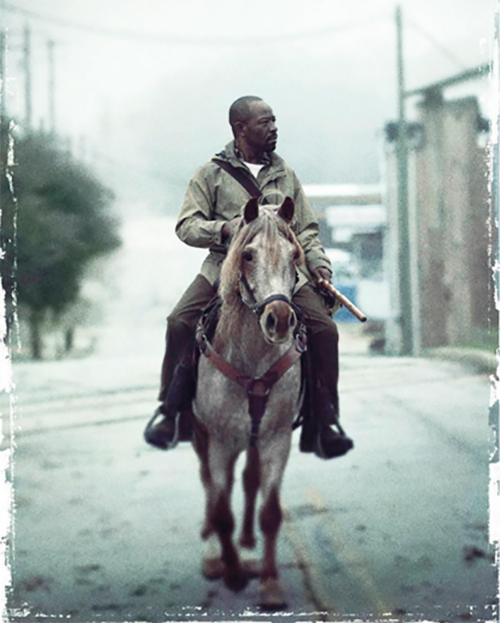 “The Walking Dead” (TWD) spoilers for Season 6 Episode 15 “East” indicate Carol Peletier (Melissa McBride) will be in dire straits after she runs away from Alexandria. The teaser trailer for the next-to-the-last episode of season six shows Daryl Dixon (Norman Reedus) leaving the community on his bike.

But don’t assume Daryl is going after Carol. No doubt he respects her right to make her own choices too much. Instead, Daryl is headed out to right a wrong – leaving Dwight the Savior (Austin Amelio) alive. We know the core group usually regrets letting someone live and D is a case in point.

But Carol is the focal point of this spoiler! We’ve seen Carol waffling lately and experiencing a crisis of conscience. She wrote down the number of people (not walkers) – living breathing humans – that she’s killed – and it seems to be troubling her.

Carol may seem like tough as nails and all “look at the flowers” on the outside, but she seems to be crumbling inside. Carol has left her new lover Tobin (Jason Douglas) and walked out on the community. Just as when Rick Grimes (Andrew Lincoln) exiled her before, Carol has now chosen to exile herself.

But it looks like she’ll run into big, bad trouble. Some “The Walking Dead” spoilers from Facebook indicate that a bloody trail and the rosary that Carol has been carrying will lead a rescuer to her side – and it’s the least likely of the Alexandrians that comes for her – Morgan Jones (Lennie James).

Carol and Morgan have been at serious philosophical odds for weeks, but it may have been that he made an impression on her – and she on him. It’s Morgan that will go out looking for Carol and, according to spoilers, will find her as the sole survivor of a Savior attack.

Looks like there are many other small encampments that we’ve yet to see surrounding Alexandria. TWD spoilers tease Morgan out looking for Carol, on horseback (of all things), and finds blood, then her rosary near a dead walker and finally, an injured Carol at a camp.

Carol is slashed up with a wound at her side and Morgan patches her up and saves her life. He then wants to take her back to Alexandria for further care but she refuses to go. Will Morgan leave her unattended? Other TWD spoilers hint that Carol may be held at gunpoint in the season finale.

What do you think, TWD fans? Will Morgan save Carol only for her to be at risk again, thanks to the Saviors? Will Carol survive the Season 6 finale? TWD spoilers indicate a core group member of Rick’s tribe will die in the finale thanks to Negan (Jeffrey Dean Morgan). Could it be Carol?

Share your comments below and tune in to CDL every Sunday night for live recaps of “The Walking Dead” as it airs on AMC.