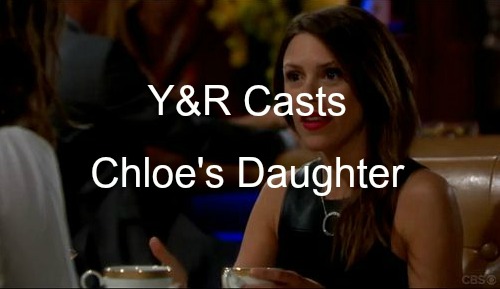 The Young and The Restless (Y&R) spoilers confirm that Chloe Mitchell (Elizabeth Hendrickson) is coming back with a child and two-year-old Cali May Kinder will play “Bella.” As CDL scooped early on, Chloe is back soon with her daughter and now we know more thanks to a recent Y&R casting announcement.

Chloe and her kid returning means trouble is coming to Genoa City. When Chloe comes back to town, The Young and The Restless spoilers reveal it won’t be a drop-by this time – she’s staying for a while and sources verified she’ll have an “extended storyline.”

That story will involve a baby daddy, but who? Billy Abbott (Jason Thompson) and Kevin Fisher (Greg Rikaart) are both very busy. Billy is engaged in a secret affair with sister-in-law Phyllis Abbott (Gina Tognoni) that’s heating up.

Kevin is in a love triangle with Mariah Copeland (Camryn Grimes) and Natalie Soderberg (Mara McCaffray). Billy’s love life is set for an explosion and Kevin is clearly torn between two women. The baby daddy reveal of toddler Bella is a big deal.

Either way, it will be a great catalyst for a storyline. It might be even better if Chloe rolls into town not knowing who the daddy is and there’s some DNA paternity test drama between the two potential fathers.

No doubt Phyllis would be furious if she blows up her marriage with Jack and then loses Billy to Chloe because of the chance to have Delia 2.0. Plus, Mariah is angry enough that “swizzle stick” Natalie has caught Kevin’s eye, if Chloe is in the mix, that’s a double downer. 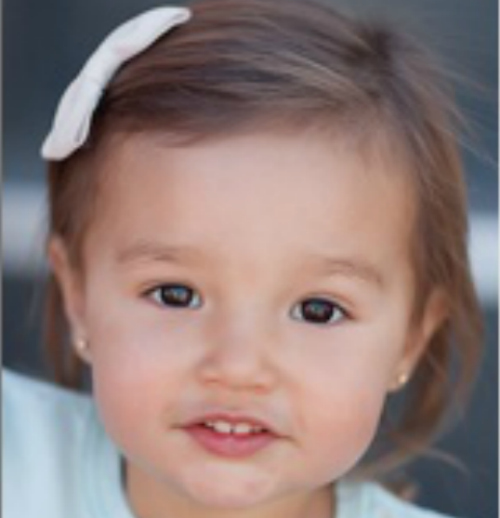 Remember, it seemed like when Chloe came back last year for Adam Newman’s (Justin Hartley) Delia hit and run trial, Chloe was very unstable. Plus, she was a full-on nut bar when she left town before, so there was a question of whether she was pretending to have a baby.

In terms of familial love, it would be sweeter if Chloe’s kid was Kevin’s because he and Chloe were intimate before she left and there’s still love there. With Billy, though, their failed get-together was a creepy expression of grief then stolen sperm – not a sweet conception story.

There was also the rumor that Chloe slept with her therapist – based on a comment she made – but since she was crazy at the time, that could have just been random blather and not a real confession of an intimate act with a third guy who might be a baby daddy.

However, the therapist angle is not interesting in terms of plot, so it’s doubtful that it would come to anything. What is far more compelling is that Chloe’s baby daddy is Billy or Kevin. So what do you think will happen when Chloe hits town?

Cali May Kinder is an adorable little kid and has no prior IMDB credits, so it looks like she’s new to soaps and acting in general. With brown hair and brown eyes, she could be either Billy or Kevin’s offspring. It will be exciting to see how she’s introduced.

The Young and The Restless spoilers tease that Chloe may be conspiring with Victor Newman (Eric Braeden) in the plot to take down Adam over Constance Bingham’s death, so we’ll see how that goes once Chloe is back in Genoa City in coming weeks.

What do you think Y&R fans? Share your comments below on cute little Cali May Kinder that’s been cast in the role of Chloe’s daughter and her imminent return to the character canvas. And be sure to check back with CDL for more The Young and The Restless spoilers and news.