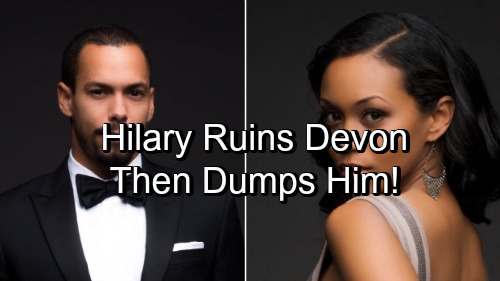 The Young and the Restless (Y&R) spoilers tease that Hilary (Mishael Morgan) will continue to roll the dice at GC Buzz. Hilary is obsessed with pushing the envelope on Genoa City’s top stories. Devon (Bryton James) is trying to present gossip with a conscience, but Hilary just isn’t interested in snoozy scoops.

Hilary wants to report the juicy stuff and who could blame her? She tried doing things Devon’s way and the viewers hated it. They can’t expect to get good ratings by talking about the new direction of Brash and Sassy. Her boring interview bombed and Hilary has been shooting for scandals ever since.

Y&R fans know that Devon kept Hilary in line on Thanksgiving, but she’ll undoubtedly get back to her old tricks soon. For starters, Hilary still wants to know what’s going on with Mariah (Camryn Grimes). She’s convinced that the Christian drama has additional layers.

If Hilary has a chance to expose Mariah’s role in the secret, you can bet that she will. It’ll be up to Devon to put a stop to it. Of course, he’ll face an uphill battle. It’s almost impossible to tell Hilary what to do. Devon’s instructions typically go in one ear and out the other.

Related: Does Sharon Deserve To Lose Visiting Rights With Christian? Come and join in the LIVE discussion on our Facebook Page!

Nevertheless, Mariah may not be Devon and Hilary’s biggest issue moving forward. There might be another disagreement ahead. Victor (Eric Braeden) could easily cause more problems. He made it clear that he’d sue the pants off Devon if he didn’t play by the rules. Vic wants his family and Newman Enterprises kept out of the spotlight. 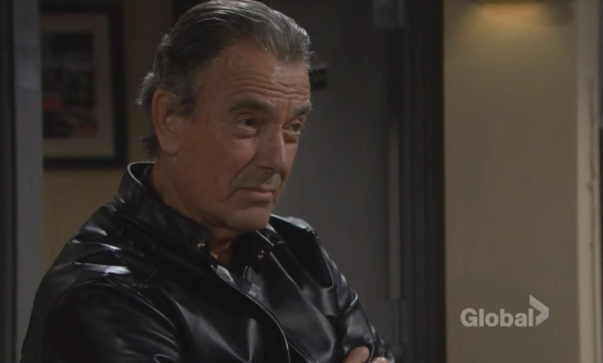 What happens if Hilary goes too far again? Victor may not be willing to forgive and forget. That’s especially true if Hilary causes major profit loss or pain for his kids. Even if Victor isn’t the one who goes after Hilary, someone will surely attempt to take her down. Hilary is making new enemies every day.

The Young and the Restless spoilers suggest that trouble is brewing. Y&R’s head writer, Sally Sussman, talked about how much she hated Devon’s wealth in an interview with TV Insider. She noted that it was a mistake to give Devon that inheritance because it made him lose his purpose.

Devon seems to have found a little drive at GC Buzz, but that may not be enough. Will Sussman decide to make Devon lose everything? It could provide some exciting fallout.

Let’s say Hilary makes a move and Victor or someone else intervenes. Devon could get slapped with a massive lawsuit. He could lose his fortune and the lifestyle he’s become accustomed to. It would also cause extreme strife with Hilary. Devon might stand by her, but she may not stick around if he’s no longer rich.

It’s possible that Hilary could look for a different love interest. Devon might do the same. Some Young and the Restless watchers think the CBS soap should try Devon and Mariah. Who knows? They might make a nice match.

Whatever the case, Hilary and Devon may have some tough times ahead. We’ll give you updates as other news comes in. Stay tuned and don’t forget to check CDL often for the latest Young and the Restless spoilers, updates and news.