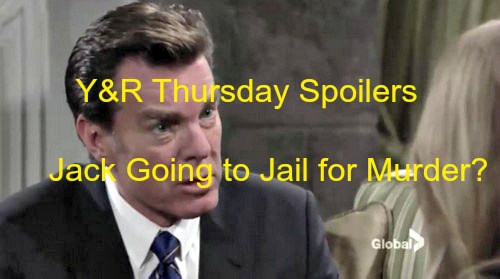 “The Young and the Restless” spoilers for the Thursday, March 3, episode tease great fear and anger for several of our Genoa City residents. Natalie (Mara McCaffray) will let Kevin (Greg Rikaart) and Mariah (Camryn Grimes) know that they have a new partner. Mariah will be curious about who it is. Once Luca (Miles Gaston Villanueva) walks in, Kevin will blow his top. He’ll declare that there’s no way this is happening.

Luca will try to explain the situation and suggest that he’ll be a team player. Kevin won’t trust Luca for obvious reasons. Luca hasn’t made one trustworthy move since he showed up in Genoa City. The Santoris are almost as bad as the Newmans when it comes to stabbing people in the back.

Kevin will indicate that he won’t allow Luca to stick his nose where it doesn’t belong. However, Natalie may hint that Kevin should learn to live with it. Luca made a deal with Billy (Jason Thompson) and he could turn on all of them if they muscle him out. Keep watching Y&R to see if Kevin and Luca will reach an understanding.

“The Young and the Restless” spoilers say Jack will want Christine to tell him about the potential consequences he’s facing. Christine will be hesitant to say anything just yet, but Jack will push her for answers. He’ll insist he needs to know if he’s headed to prison.

There’s a good chance Jack will manage to get off the hook for his crimes. When Jack killed Kelly, he was under the influence of drugs and he was being held hostage. We can’t even be 100 percent sure Jack did the deed. Kelly was simply dead when Jack woke up. As for the cargo ship, desperate times called for desperate measures. Besides, it’s going to be tough to prove anything without any real evidence.

It seems Victor (Eric Braeden) is the one the police want to take down. Jack wouldn’t have killed anyone if Victor hadn’t put him in that position. Thanks to Victor, Jack was just focused on survival. That may be taken into consideration. Victor, on the other hand, should get the book thrown at him. Stay tuned to “The Young and the Restless” spoilers for updates on Victor’s efforts to beat the rap.

So Y&R fans, what do you think about the news that Kevin will be livid over his new partner? Will Kevin have to accept that Luca is on board? Will Jack face prison time or will Christine want to pin this all on Victor? Voice your opinion in the comments below and don’t forget to check CDL often for the latest “Young and the Restless” spoilers, updates and news.