The Young and the Restless Spoilers: Victor’s Early Prison Release Stems From JFP’s Firing and Mal Young’s Takeover of Y&R

BY Sean O'Brien on July 23, 2016 | Comments: one comment
Related : Soap Opera, Spoiler, Television, The Young and the Restless 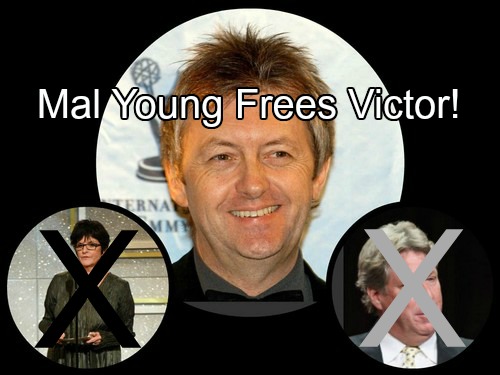 The Young and the Restless spoilers explain why Victor gains his freedom on Monday’s episode, July 25 and how that relates to Jill Farren Phelps’ firing. Victor Newman (Eric Braeden) would never have his 10-year prison sentence reduced, especially after he’s only served a handful of months in Walworth, if he lived in the real world. But, on ‘The Young and the Restless’ he’s already realized an appeal hearing.

Clearly Victor is seeking soap opera justice. And, the recent arrival of a famed soap opera veteran will surely allow The Moustache to achieve it.

Obviously, viewers didn’t expect to see the lead male character on ‘The Young and the Restless’ remain in his cell indefinitely. But, why would a storyline have been created that initially offered a believable outcome, Victor’s conviction on kidnapping and fraud charges, only to have that result erased a short time later? Back office changes provide the answer.

Jill Farren Phelps was the executive producer of ‘The Young and the Restless’ until word broke last month that she had been removed from her post – yes JFP was fired. Famed BBC Producer (‘EastEnders’, ‘Doctor Who’, etc.) Mal Young began working at Y&R in January 2016. He initially was dubbed as a supervising producer, later assuming the role of executive producer. There’s no doubt that Young’s addition to CBS’ iconic soap will change this show’s direction.

It wouldn’t be fair to link Young’s arrival with a negative critique of Victor’s latest, self-imposed travail. Removing Braeden’s character from prison in an acceptable manner is simply the task at hand. So, this storyline will be an early test of Young’s ability to infuse the depth of his talent into an arc that was concocted by JFP and Charles Pratt Jr. before Mal Young took charge.

Victor did have Jack (Peter Bergman) kidnapped and fraud charges were also aptly applied to The Moustache. So, some rewrite of history will need to take place for this particular inmate to have his sentence reduced, or vacated. Of course, a corrupt judge could simply close his eyes, as others have done in the past.

The idea of Nikki (Melody Thomas Scott), Nick (Joshua Morrow), Victoria (Amelia Heinle), and others speaking on Victor’s behalf isn’t ludicrous. But, it’s a stretch to think that their partially revised testimony would enable Victor’s freedom.

However, Michael Baldwin’s (Christian LeBlanc) open throw of the case could be revisited as part of a needed remedy. With whatever plot points lead to Victor’s release, viewers will need to impose the suspension of disbelief and move forward. That common practice is shared by soap opera fans across the globe, as Young knows.