The Young and the Restless Spoilers: Was Firing Jill Farren Phelps Enough – Changes At Y&R Coming – Who’s In and Who’s Out? 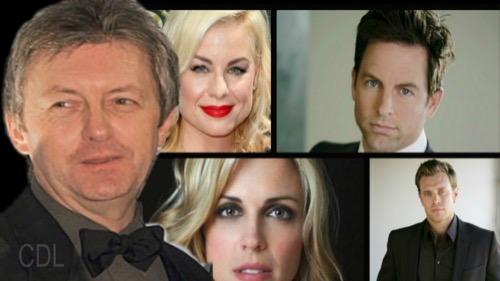 ‘The Young And The Restless’ spoilers revealed a few weeks back that Executive Producer Jill Farren Phelps was officially fired, and ‘Y&R’ fans are STILL rejoicing. Y&R Spoilers indicated the CBS promoted British soap exec Mal Young to JFP’s job, and fans are hoping that this change in regime will rejuvenate the lack-luster daytime drama.

A recent edition of GLOBE Magazine featured an in-depth article on Jill Farren Phelps’ firing from the CBS soap opera. As GLOBE points out, JFP was notoriously known as “the soap killer,” after driving other fan faves like ‘One Life To Live’ and ‘General Hospital’ in to the ground.

But, is firing Jill Farren Phelps enough to get the CBS soap opera back to its former glory days? After all, she is just one person, basically the rest of her entire team is still in power at ‘The Young and the Restless.’ For example, Chuck Pratt Jr. is still the head writer and is responsible for much of what fans percieve as the awful storylines.

As Tommy Lightfoot Garrett from Highlight Hollywood pointed out, “Firing Phelps is great, but it is just the first step in saving this show. The soap is a disaster, it has lost all semblance of romance and storytelling.” Garrett added, “Fans need to demand the headwriters and others follow Phelps out the door – before Y&R ends up in the soap opera graveyard.”

Buzz on the Internet seems to agree that ‘The Young And The Restless’ has taken a strange turn over the past few years, what was once a daytime drama, is packed full of court cases and cyber hacking. Daytime fans want romance and scandal…not corporate espionage.

What do you think ‘Y&R’ fans? Was firing Jill Farren Phelps enough to take the soap in a different direction? Or will loyal fans still be stuck with the same storylines that have been putting us to sleep? Do you think some of the ‘Y&R’ fan favorites will return home now that JFP is gone? Will some of her carefully planted actors jump ship or be fired?

Let us know what you think in the comments below and don’t forget to check CDL later for more ‘The Young and the Restless’ spoilers and news.