The Young and the Restless Spoilers: Will Y&R Survive To Broadcast Episode 12,000 – The Future of Soaps Revealed? 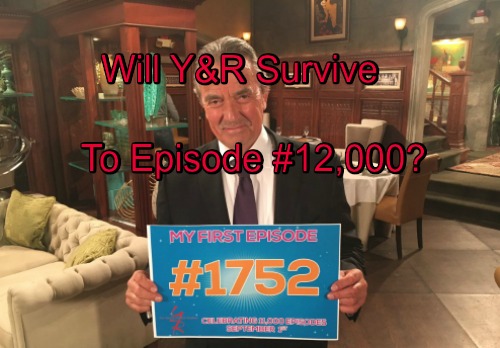 The Young and the Restless (Y&R) Spoilers has detailed the lead-up to this classic soap opera’s 11,000th episode on September 1, 2016. That achievement reflects fan acceptance of a genre that faces increased uncertainty. So, it’s fair for all loyalists to wonder if Y&R will live to broadcast episode 12,000?

The product of William and Lee Phillip Bell, Y&R projected its initial episode on March 26, 1973. During that time in history soap operas reigned supreme in daytime across all three major broadcast television networks (CBS, ABC, NBC) in the United States. However, vast cultural changes along with a deeply fragmented viewer audience has permanently changed the entertainment landscape.

The Young and the Restless spoilers continues to document CBS’ daytime ratings’ leader. It also questions whether average daily audience numbers, ranging between four and five million, will be enough to sustain the costs of producing an hour-long scripted series five days a week year-round.

Lee Phillip Bell is set to appear on the show she and her departed husband created on the first day of September. That guest-starring role will enable her to represent the formulations of a great stretch in escapist television. While the fans of what is now called daytime drama remain overwhelmingly female,

Y&R premiered during an era when a majority of women chose to remain with their children instead of pursuing paid careers that were often fronted as necessary to supplement, or support, said human structures. That family-first audience populated the bulk of soap opera audiences until a mind set took hold that shifted perceived priorities shortly after the 1960’s.

The Young and the Restless spoilers fans know that CBS previously contracted Y&R to be on the air through 2017. Unless an unexpected reversal happens, Genoa City residents will accessible until then. Daytime devotees will be watching to see if a subsequent renewal happens and if so, for how many years. Until that decision is made, the possibility of a 12,000th episode remains uncertain.