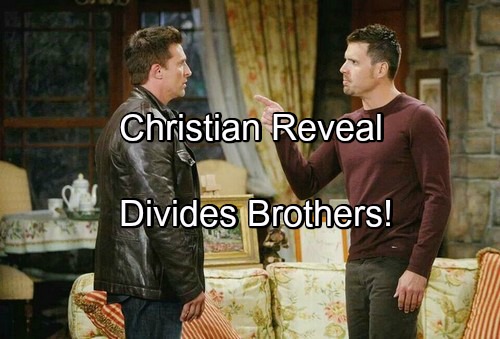 The Young and the Restless (Y&R) spoilers fans know that Dylan (Steve Burton) and Nick (Joshua Morrow) are kind-hearted characters. They formed a good relationship after learning about their genetic connection a few years ago. However, the coming Christian reveal during Fall sweeps will test their brotherly bond.

At some point, Sharon’s (Sharon Case) secret is bound to be revealed, exposed, or in some way divulged. That last sentence could have been written and read umpteen times during the past decade-plus. In this instance it refers to Sharon having purposely concealed the fact that Christian isn’t dead and that he’s actually Sully. The Young and the Restless spoilers detailed that point carefully and now prepares for the next climax within this arc.

Whenever and however that information comes to light, Dylan and Nick will learn about it. When that happens, Dylan will no longer be a father. Nick will regain the son he thought he lost. Of course, a double reveal could take place at once, in which case both men will also learn that Adam is actually Christian’s father. 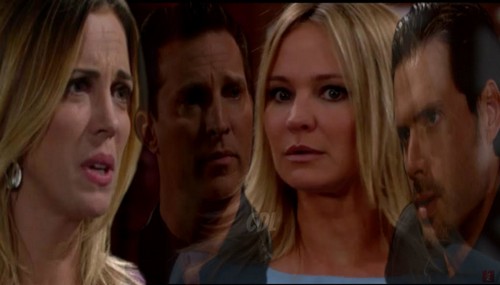 Nick currently believes that Dylan’s presence has helped to stabilize Sharon. But, he’s wrong. While his ex-wife is taking her medication, she’s completely rationalized Sully’s continued presence in her life and marriage. Unwilling to follow through on a promise Sage (Kelly Sullivan) asked her to make while she was dying, Sharon has also roped Mariah (Camryn Grimes) into her lie as readers of The Young and the Restless spoilers know.

The shock of learning that Christian never died will offer Nick solace, even if he instantly learns that Adam is that boy’s father. But, Dylan will be devastated when he discovers that his desire to be a father was manipulated by Sharon. If Dylan learns the truth first and for whatever reason, goes along with Sharon’s cover-up scheme, Nick won’t forgive him. So, once again Sharon is creating turmoil within the Newman family and at this point, that fact isn’t even known.