BY Heather Hughes on September 28, 2016 | Comments: one comment
Related : Soap Opera, Spoiler, Television, The Young and the Restless 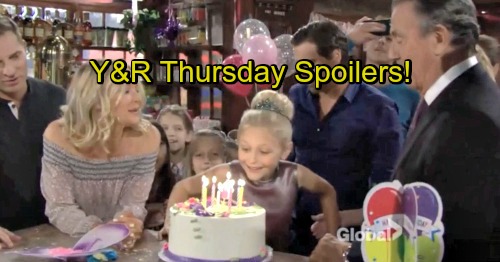 The Young and the Restless (Y&R) spoilers for Thursday, September 29, tease that Hilary’s (Mishael Morgan) report on Jack (Peter Bergman) and Phyllis (Gina Tognoni) will make a few waves. Devon (Bryton James) wants GC Buzz to be a show that passes along gossip with a conscience, but it’s gossip nonetheless. It’s a fine line to tread, but Hilary is up for the challenge.

Y&R spoilers say Billy (Jason Thompson), Cane (Daniel Goddard) and Lily (Christel Khalil) will all gather to watch. They’ll be anxious to see if this will just be more bad press for Jack. Of course, Billy will be worried about Phyllis as well. The difference is that she deserves to be in this negative spotlight. Jack was simply forced in it with her. 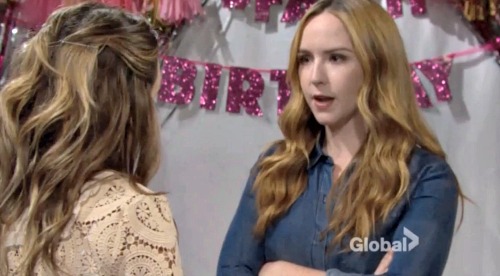 While they check out Hilary’s scoop, Mariah (Camryn Grimes) will give Chloe (Elizabeth Hendrickson) a piece of her mind. The Young and the Restless fans know that Mariah isn’t pleased by Chloe and Kevin’s (Greg Rikaart) budding romance. It’s obvious that Kevin is crazy for Chloe, but she’s not quite as enthusiastic.

Mariah doesn’t want Kevin to get his heart broken for no reason. She feels like Chloe is leading Kevin on, setting him up for sorrow or maybe even both. Mariah just doesn’t see any outcome that will leave Kevin in a happy and healthy relationship. She’ll make sure Chloe understands that Kevin isn’t a toy that she can play with. 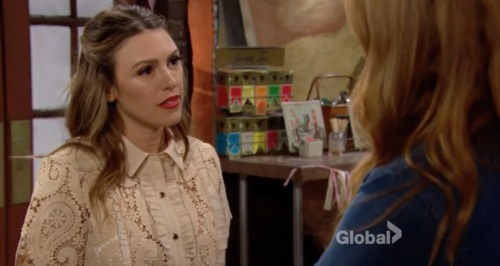 Thursday’s preview video shows Mariah saying, “Kevin’s my best friend and I can’t stand sitting back and watching him get used.” It looks like Mariah is getting tired of ignoring the issue. She’s ready to take action and we’ll see how that plays out over the next few weeks.

The Young and the Restless spoilers suggest that Mariah could uncover some interesting clues about Chloe’s deception. Bella’s (Cali May Kinder) paternity is definitely a topic that Y&R plans to explore down the road. Will Mariah follow the trail and lead Kevin to some answers? Keep watching to see how this mystery will unravel. 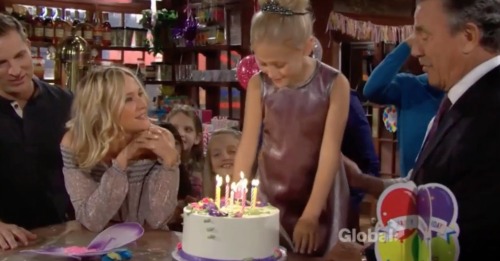 On a brighter note, Faith (Alyvia Alyn Lind) will have a blast at her birthday celebration. Chloe, Kevin and Mariah will all be there, but so will plenty of other guests. Naturally, Faith’s parents will be on hand as well.

Nick (Joshua Morrow) and Sharon (Sharon Case) will hope to give Faith a special day. She’ll blow out her candles and make a wish before they cut the cake. There may be some party games, but Sharon will focus on a game of her own. With Faith’s help, Sharon will attempt to pair up Chelsea (Melissa Claire Egan) and Nick.

Chloe will realize that Sharon has an agenda and she’ll decide to fill Chelsea in on it. It sounds like Chelsea will have to establish some limits when Nick is around. Still, any walls Chelsea puts up should come down eventually. We’ll give you updates as more news comes in. Stay tuned and don’t forget to check CDL often for the latest Young and the Restless spoilers, updates and news.