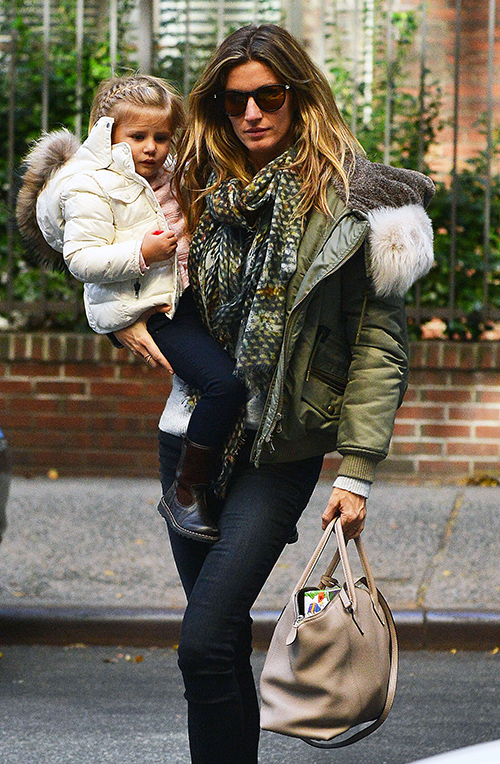 The latest report from the magazine includes an insider who reveals that Gisele wants to save the marriage, but all that Tom can focus on is the playoffs and getting to his next Super Bowl. The source says, “But it may be too late. This could be the last season you will see her cheering Tom on from the sidelines.”

I am no fan of Tom Brady, but I would certainly hate to see him throw away his marriage over his NFL career.

Gisele Bundchen’s latest attempt to fix their marriage is almost disconcerting…maybe even borderline desperate. Star reports that Gisele was spotted going into a $300 an hour psychic in Massachusetts on December 17. “Gisele was in there for a couple of hours,” they revealed. “When she finally emerged, she lingered in the hallway with the psychic. She appeared to be really concerned about something.”

What could that be? They reveal that her reason for going to the psychic in the first place: “She visited the psychic because she was desperate to know if Tom has cheated and if divorce is in her future.”

This is a really bad time of year to be trying to get the focus of your NFL quarterback husband. It is pretty standard procedure for the guy to be focused on the game. The magazine points out that Brady’s teammates despise Gisele, and it’s safe to say that if she distracts him, that isn’t going to help her win their favor. That is his other family, so Tom Brady has loyalty there too.

The question at the end of the day is the following: Will Tom Brady and Gisele Bundchen be able to resurrect their marriage at the conclusion of the football season when Tom can fairly focus on it and not have the in-his-face pressures of winning playoff games and possibly another Super Bowl?

What do you guys think? Does their marriage stand a chance? Or should Gisele just file the divorce papers now, get back to modeling and be done with it? Sound off in the comments below!