Who Will Win Dancing With The Stars Season 22 Mirror Ball Trophy: Predictions and Odds – Vote In Our Poll

BY Amanda Austin on May 22, 2016 | Comments: one comment
Related : Dancing With the stars, Hot News, Reality TV, Spoiler, Television, TV 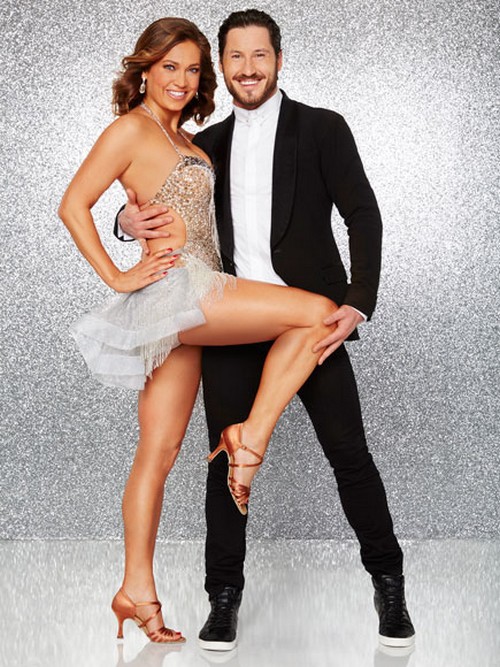 Who will win Dancing With The Stars Season 22? DWTS 2016 spoilers tease that the final three celebs, Ginger Zee, Nyle DiMarco, and Paige VanZant will compete for the last time for the Mirror Ball Trophy on Monday May 23 on ABC.

Although, we can’t factor in the scores from the dances that will be performed on night one of the finale, we combined last week’s Dancing With The Stars scores with our own thoughts on the final three and put together our predictions and odds as to who will win Season 22.

Ginger Zee has been a solid competitor throughout Season 22, and she has a very real chance of being crowned the 2016 DWTS winner. Although she wasn’t always at the front of the pack – she wasn’t at the back of the pack either. Of course, the fact that Ginger’s Good Morning America co-hosts at ABC have been campaigning for her for the entire season has also definitely helped.

Last week Ginger and Val scored a little lower than the other couples during their trio with Artem, but they received nearly a perfect score during their couple’s performance. On top of her solid dance moves, Ginger probably won over quite a few votes with her touching story about her parents’ divorce and battling anorexia as a young teen. Odds that Ginger will win are 2 to 1. Ginger is the favorite!

Dancing With The Stars spoilers tease that for the finals, each couple will get two performances and one last shot to win over the fans. Ginger Zee and Val Chmerkovskiy will be dancing the Jazz to “Adventure of a Lifetime” by Coldplay and Freestyle to “Orange Colored Sky” by Nat King Cole.

Update: Ginger Zee has an alleged injury and is a question mark to perform Monday – CDL thinks Ginger will be fine and will in fact perform – these last minute ‘injury’ reports are often geared to bring more publicity and drama to DWTS and of course more votes for the injured dancer.

According to ABC Ginger has an injured pelvis and is suffering back spasms – “Right now she can’t dance at 100 percent and [troupe member] Jenna Johnson is standing in for her during camera blocking today,” says the source. “She won’t know until tomorrow if she can do the dances. Ginger is seeing the show’s physical therapist and is resting so that hopefully she will be able to dance tomorrow night.”

Nyle DiMarco has been at the front of the pack for all of Season 22, and he definitely has what it takes to win the Mirror Ball Trophy, but is he as likable as Ginger Zee. Throughout the course of the past month, Nyle and Peta have continued to wow the judges with their dance moves – but Nyle’s cocky demeanor has rubbed a lot of fans the wrong way.

With ‘GMA’ pushing for Ginger Zee, and Nyle feeling himself a little too much lately, it might have cost him the trophy. Dancing With The Stars spoilers tease that for the finals Nyle DiMarco and Peta Murgatroyd will be dancing the Quickstep to “S.O.B.” by Nathaniel Rateliff & The Night Sweats and Freestyle to “The Sound of Silence” by Disturbed. Odds that Nyle will win are 3 to 1.

Paige VanZant and Mark Ballas are technically at the top of the leaderboard after last week’s episode – and they have higher scores than both Ginger Zee and Nyle DiMarco. Sadly, scores aren’t the only thing that counts when determining the Season 22 Mirror Ball Trophy Winner. The DWTS fans’ votes from home are also a determining factor.

And, while Paige may receive higher scores from the judges, the UFC fighter doesn’t seem to have as large a fan following. Plus, she doesn’t get a whole lot of time to open up and win over the fans like some of the other contestants. Or she does get the same amount of time, but she just doesn’t seem to be as personable. Odd that Paige will win are 6 to 1.

Dancing With The Stars 2016 spoilers that for finals Paige VanZant and Mark Ballas will be dancing the Salsa to “Fireball” by Pitbull and a Freestyle to “Over the Rainbow” performed by BC Jean.

So DWTS fans, Season 22 is rapidly winding down. And, in just a few short days, either Paige VanZant, Nyle DiMarco, or Ginger Zee will receive the Mirror Ball Trophy. Who do you think will be the Dancing With The Stars winner? Share your thoughts in the comments below, don’t forget to vote in our poll and come back to CDL for all your DWTS news!