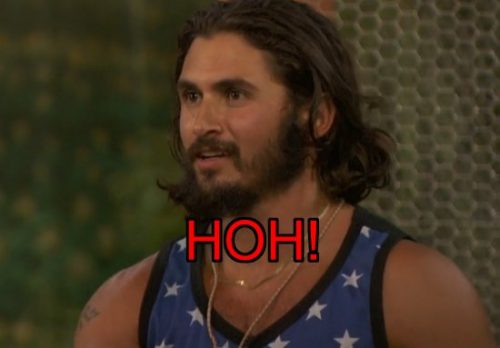 Hot new Big Brother 18 spoilers from the Live Feeds show that Victor is the Week 11 HoH after winning the classic Big Brother chicken wire and egg comp. It was neck and neck for a while with Victor, Natalie, and Corey tied, but the comeback kid brought home the win.

In BB17, the chicken and egg comp was an arc-shaped rainbow and Vanessa won it. This time, though, the houseguests were each in an individual chicken coop that was NOT geared to player height so Corey was quite cramped. 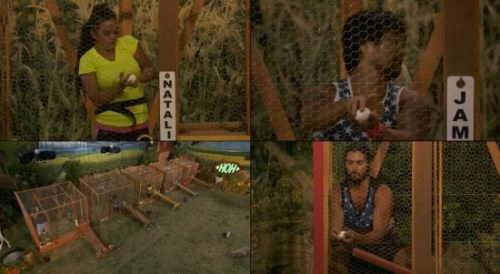 They had to work an egg up from a basket, then over the top and then back down to where they could grab it in their hand. They then had to place the egg on a ramp that’s just like the ones that come out of chicken coops.

They aimed the ramp and let the egg roll. However, there were also eagles attacking from above which could break your eggs to add another element of frustration. 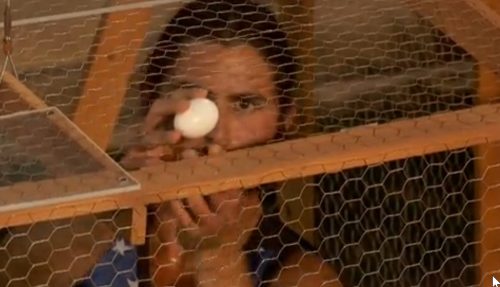 At the bottom of the ramp were three wooden blocks each with a letter on top to spell out HOH.  They had to knock down all three letters to get the win.

However, as always with these comps, there’s more going on and, in the BB18 version, there was a Have Not component. The competing houseguests could choose to drop an egg into a “Have” container. 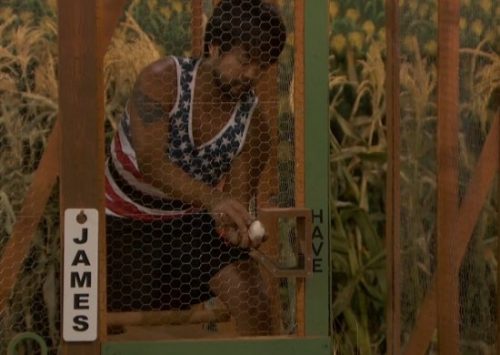 The first three to put an egg there would be immune from being a Have Not. However, only James placed an egg there. But Big Brother revealed no Have Nots this week at all.

Once the comp was over and Nicole handed Victor his HoH key, the gang headed back inside. The final four alliance, aptly named “Final Four,” met up in the Have Not room where Victor promised they are all safe this week. 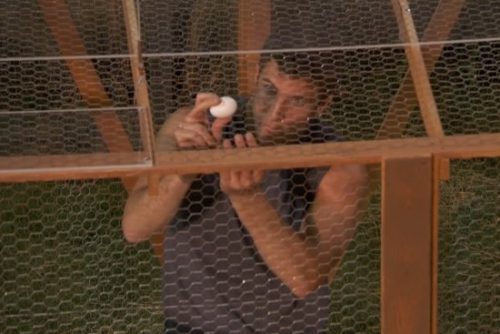 James and Natalie have already figured out that they are headed for the Chopping Block, likely head-to-head. Victor will continue to pursue his revenge plan by going after James.

Victor’s bromance partner Paul is definitely safe. It’s been a good few days for Victor – he got the $5k bribe and the Week 11 HoH. Natalie has already promised James that if she wins the PoV she’ll use it on him. 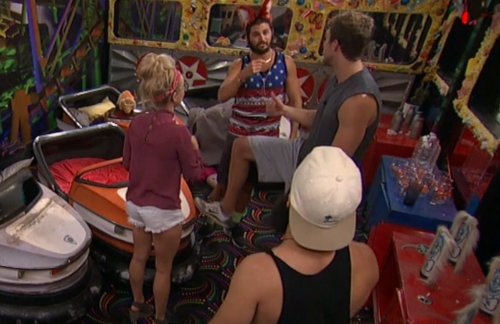 James said, “no, no, no.” Natalie told him it’s okay that they’re going up. Stay tuned for nominations coming soon. They should be a bit earlier (hopefully) since we don’t have to wait for another America’s Care Package.

What do you think about Victor winning Week 11 HoH? Are you happy that he turned comp beast and crushed the others? Share your comments below and stay tuned to CDL for all the latest Big Brother 18 spoilers and news.