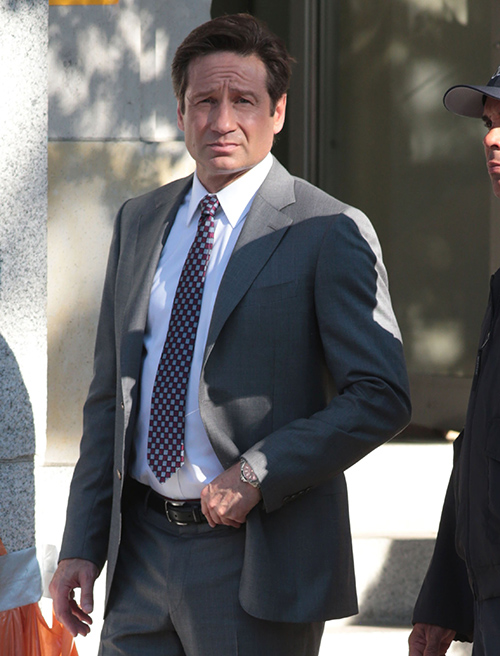 The X-Files brings back our favorite supernatural investigating duo, Mulder (David Duchovny) and Scully (Gillian Anderson), for more of the beloved mystery series. Let’s not get too excited, though. This will only be a 6-episode stint that will undoubtedly leave you thirsting for more. It reminds me of the return of Jack Bauer (Kiefer Sutherland) on the hit show 24. They gave us just enough episodes to give us a temporary fix.

What’s in store for David Duchovny and Gillian Anderson in this brief return? We know that their on screen romance is dead in the water. So what will the X-Files characters have to focus on during the 6 episodes? From all the buzz we’re hearing thus far, it looks like these will be stand alone episodes that will include a nice dose of mythology.

How about their off screen relationship? We know that back in the 90s, David Duchovny and Gillian Anderson didn’t have the best off-screen relationship in Hollywood. But what about now? Could a real-life romance finally be taking shape? Or are is all this chatter of the famed duo finally hooking up in real life too good to be true? During an interview with Vulture, Gillian opened up about her relationship with David, saying, “We’re probably closer today than we’ve ever been.”

The actress adds, “I think we’re old enough to realize that there’s value in our staying onside and supporting each other.”

I’m not sure I buy into all this talk of romance. I do believe that David Duchovny and Gillian Anderson have built a very strong, lasting relationship over all these years and that the drama of the days of old is over. They are making fans of Scully and Mulder ecstatic with this new string of episodes, but that’s about as far as I see it going.

The X-Files will return to FOX on January 24 as part of a 2 night event….. yep, they will knock out 2 episodes in 2 days…. making this quick series come to an end even faster! Set your DVRs. You won’t want to miss what’s in store!