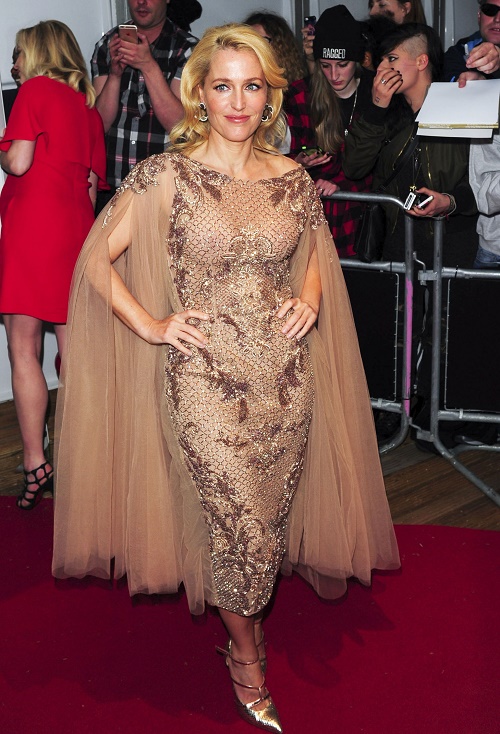 Are David Duchovny and girlfriend Gillian Anderson getting married? Not likely! Diehard X-Files fans have been closely monitoring David Duchovny and Gillian Anderson’s relationship over the years, even though the actors have vehemently denied having an affair while David was married to Tea Leoni. In 2014, David and Tea finally divorced and went their separate ways, and X-Files fans were sure that meant that David and Gillian would finally go public and get married.

In April 2015, David Duchovny released his first album and put on a small performance in New York City. His rumored girlfriend Gillian Anderson joined him on stage and X-Files fans went in to an uproar when they shared a kiss – their first public display of affection! It seemed that the stars were finally aligning and David and Gillian were finally moving forward with their relationship. X-Files fans were sure that they could hear wedding bells in the near future.

David Duchovny has no intention of getting married though – not even to Gillian Anderson! Rumor has it that Gillian wants some sort of recognition after all of the years, and has been pressuring David to put a ring on it – but the actress probably shouldn’t hold her breath. According to the June 15 edition of GLOBE Magazine, “David Duchovny says he ain’t ever likely to tie the knot again. And it’s not because Tea Leoni has put him off marriage. The pair got divorced last year and the X-Files star still has a tattooed wedding band on his left ring finger.” Duchovny was recently quoted saying, “I don’t ever want to get married again, I just feel like I am old!”

Gillian Anderson won’t be receiving an engagement ring any time soon from David Duchovny. At this rate, she will be lucky if he ever even gets the tattoo of his first wedding ring removed from his finger. Do you think David will cave and finally propose to Gillian Anderson? Are they ever getting married? Let us know what you think in the comments below!