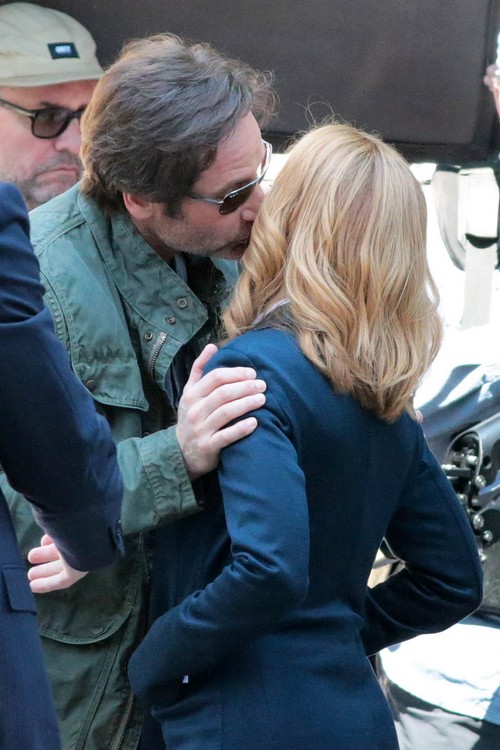 As fans prepare for the Sunday night reunion with their beloved supernatural investigators, for the premiere of X-Files, David Duchovny and Gillian Anderson had their own way of preparing for the big night. We already know that these two have had their fair share of love and war in the past. It appears that they are bringing back the love.

With their past relationship still echoing in their hearts and minds, Gillian Anderson and David Duchovny reunited on the set for filming The X-Files and that’s when all the “feelings came flooding back” for Gillian, one makeup artist on set dished. She also revealed that you could “feel the chemistry in the air,” and added that “you’d have to be have be blind not to notice.”

This is exactly what all the die hard fans were hoping for, so maybe their wish is coming true already? They get a six episode dose of their favorite show and the stars are aligning once again for Gillian and David?

The last thing that David and Gillian wanted to do was have to answer for their relationship all over again, so they opted for a weekend getaway to spend some time together privately, and figure out where they really stand with each other. Gillian arranged it all with the help of a friend who made reservations at a secluded bed and breakfast in a little town on the coast.

Without the media in their faces, David Duchovny and Gillian Anderson were able to spend a romantic couple of days rekindling the love they once shared, and perhaps never really got over.

Now we will have to wait and see what the weekend translated into for the X-Files stars. Do you guys see this relationship lasting, or was it just a little weekend fling… like a friends with benefits situation? Share your thoughts on the Gillan Anderson and David Duchovny’s little weekend fling in the comments below!

Gillian Anderson and David Duchovny are spotted on the set of ‘The X-Files’ filming in Vancouver, Canada on June 9, 2015 by FameFlynet