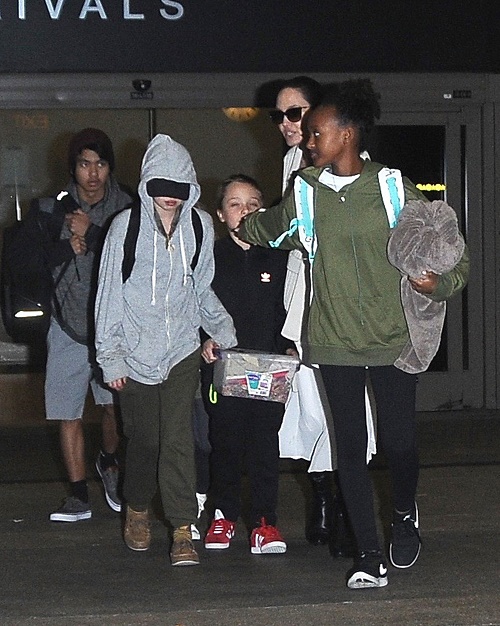 Angelina Jolie is doing what she does best again and that’s using her family to help soften her public image amidst her messy divorce from Brad Pitt At least that’s what her critics believe as the Hollywood actress was once again spotted with her six children at Los Angeles’ LAX airport on Friday, March 17th.

Angelina and her kids were traveling back home to L.A. after spending the last week in London, where she gave a lecture to students about the impact of war and displacement of refugee women at the London School of Economics.

Eyewitnesses say that Angelina’s children looked both tired and annoyed with all of the photographers and fans trying to get a glimpse of them while they were making their way through the airport. Many believe that Angelina might be worried about her Hollywood reputation might be at stake, mostly because of her nasty feud with her soon-to-be ex husband, Brad Pitt. Critics are pointing their fingers at Angelina for allegedly releasing details about her divorce to the public. 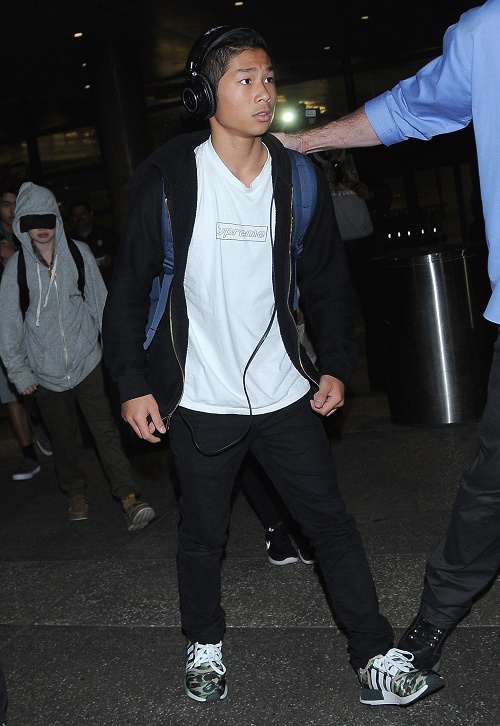 Of course, this isn’t the first time Angelina Jolie has used her children in an effort to soften her image. Whenever Angelina needed to promote one of her films in the past, that’s when the public would end up seeing her children the most. She and Brad Pitt would either shuffle them from one international airport to the next or they would be seen shopping at art and toy stores in both New York City and London.

Plus, Angelina Jolie has made it pretty clear that she wants the public to see her as a loving, caring mother and someone who is also completely dedicated to her kids and family. That’s why both she and Brad Pitt agreed to do a family-style photo shoot in Palm Springs for ‘W’ Magazine back in 2005. This was right after Brad Pitt and his ex-wife Jennifer Aniston announced their separation.  Angelina used the happy family photo shoot as an opportunity to show the public that she’s not just another seductive mistress.

Tell us, do you think Angelina Jolie is using her six children to help soften her public image? Is this because of the backlash she received after her nasty smear campaign against Brad Pitt last year?

Let us know what you think by dropping us a line with your thoughts in our comments section below. Also, don’t forget to check back with CDL for all the latest news and updates on Angelina Jolie and Brad Pitt’s divorce right here! 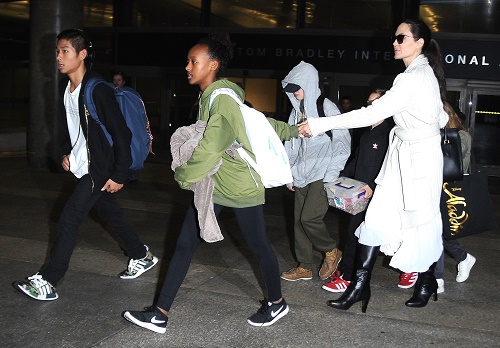