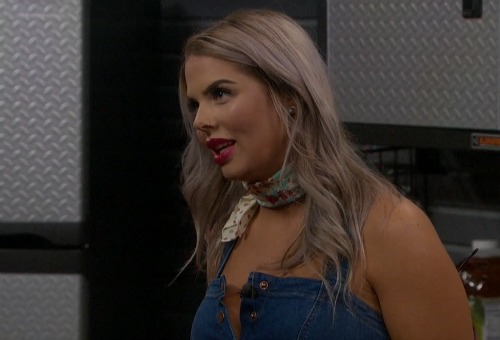 Big Brother 19 spoilers tease the house was tense after Josh Martinez won the week 6 HOH competition on Thursday’s live show. Alex Ow tells Josh that Mark Jansen and Elena Davies are trying to start problems. What Alex didn’t realize is, Mark was in the room, which created an awkward moment.

Mark asks Alex why she’s trying to get Josh to turn on him. BB19 spoilers state that Alex urges Mark to pick a side and not to play both sides of the house. Josh tells Mark and Alex not to have this argument now, but they continue. The argument went on for nearly 90 minutes!

Big Brother 19 spoilers reveal that Josh plans to make Elena and Mark feel unsafe this week. He hasn’t ruled out nominating Elena, but “probably” will play it safe by putting Jessica Graf and Cody Nickson. The BB19 doesn’t understand why Jessica didn’t let them vote out Cody in Week 5 – her temptation power is out! 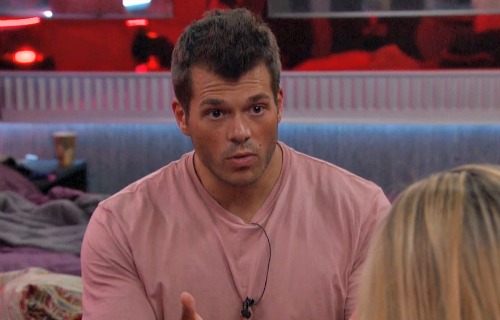 Alex and Mark come to an understanding – they both want Jessica out of the house this week, so they don’t have to spend time with her in the Jury house.

Meanwhile, Big Brother 19 spoilers state that Josh and Kevin chat about who to vote out this week. Josh whispers that the target is Jessica, but they want to make her believe Cody is the one going, so she feels safe enough not to try to win the Veto.

Jessica admitted the only person she hopes makes it to the end is Kevin Schlehuber, but confessed if Paul is in the final two, she will vote for him to win the season. BB19 spoilers indicate that if the Veto competition has cash prizes, Jessica thinks she and Cody should go for the money since their time in the house is limited. She feels as if she has very little fight left in her.

Big Brother 19 spoilers state that Christmas wants Josh to think for himself, and not do everything Paul tells him to do. Josh explains that he loves Paul, but he’s playing the game to serve his game and not thinking about the whole house. From this point on, Josh wants to do what’s best for HIS game.

It looks like it who gets nominated will all depend on the Safety and POV competition. Will Christmas use her POV Replace temptation to make sure Cody can’t play in the POV comp?  Who will Josh nominate for Week 6’s eviction?  Stick with CDL for more Big Brother 19 spoilers, news, and live feed updates!