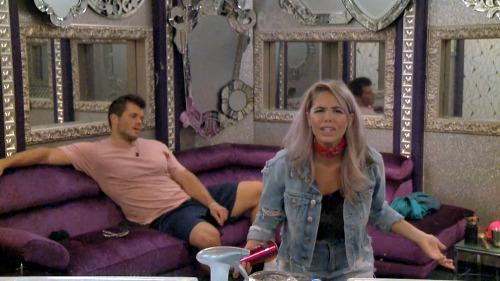 Big Brother 19 spoilers tease Josh Martinez’s Week 6 nominations causes quite a stir. Jessica Graf lost the Safety temptation, so she automatically was put on the block as a third nominee. What Josh didn’t expect was for Elena Davies to completely lose her cool when he unveils his plan for the week.

Josh Martinez chatted with Christmas Abbott on Friday morning. He told her he wanted to nominate Elena and send her home. He felt that she was more dangerous that Jessica and hoped that he could convince Paul Abrahamian to vote Elena out.

Just before the nomination ceremony, BB19 spoilers state that Josh pulled Elena into the HOH room to chat about the nominations. Josh tells Elena that he was going to put up Mark Jansen and her and assured her she was just a pawn.

Big Brother 19 spoilers indicate that Elena lost her cool and suggested that Josh put Paul on the block. She claimed that Paul volunteered to go up. Of course, Josh didn’t believe that and called Paul up there to clear up the misunderstanding. 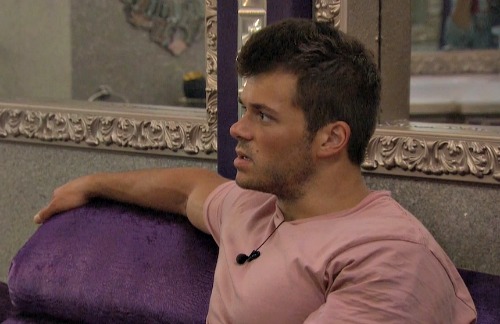 Paul revealed that he never said he would go up as a pawn. Paul knows that would be a stupid and dangerous move right now. Elena refused to back down and stated that she feels like she could be going home this week.

After Big Brother 19 feeds returned after the nomination ceremony, Elena was distraught. Kevin Schlehuber said that she lost her cool and made a scene at the meeting. Paul pulls her aside in the lounge and assures her she is safe and the target is still Jessica. Elena admits that she is scared that Jessica will win POV, giving her the chance to pull herself off the block. Elena believes that between her and Mark, she’s the bigger threat.

Josh seems to want to get Elena out, but Paul is not on board with the idea, yet. The POV competition will determine who the target will be. Who do you think should go home this week – Elena, Mark, or Jessica? Stick with CDL for more Big Brother 19 spoilers, news, and live feed updates!