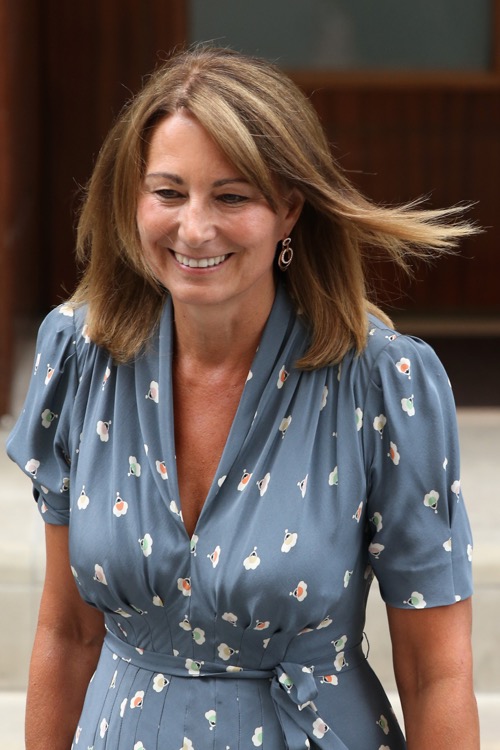 Carole Middleton is furious that her daughter Pippa Middleton is now being called Pippa Matthews by the media. Pippa married James Matthews in a star-studded royal wedding of her own earlier this year. According to reports, Pippa is no longer being referred to as a Middleton. Instead, she’s taken on her husband’s surname.

Many royal critics know that the only reason why the Middleton family is even on the celebrity map is because of Kate Middleton and her royal marriage to Prince William. If it weren’t for Kate’s connection the British monarchy, Carole and Pippa Middleton wouldn’t be who they are today.

If that weren’t enough, both Carole Middleton and Pippa Matthews have made it no secret that they love all the attention they get for being celebrities. For years now they’ve been trying to keep their names in the headlines by promoting their party favor business, writing etiquette books and giving advice on how to throw the perfect party for just about any occasion. Plus, both Carole and Pippa were front and center during this summer’s Wimbledon tournament.

As a matter of fact, they try to be front and center for Wimbledon each year. Carole even embarrassed her daughter Kate for allegedly asking Roger Federer’s wife for free tickets and VIP passes to the tournament last month.

A lot of royal observers would say that Pippa Matthews definitely takes after her mother Carole when it comes to her undeniable thirst for fame and attention. That’s probably why she decided to change her last name. Seeing how being a Middleton hasn’t done much for her career, she’s now switching gears as a Matthews with the hopes that being a married socialite will help her climb to the top of London’s high-class social ladder.

Still, many critics believe that Carole Middleton has to be devastated. After all, half the world still calls the Duchess of Cambridge Kate Middleton. That’s why she expected her daughter Pippa to keep the family name, too. Her family is her brand. And with both Kate and Pippa out of the picture, she has no one left to rely on but her son, James Middleton.

So far Pippa Matthews has not made any comments about her name change. In the meantime, don’t forget to check back with CDL for all the latest news and updates on Carole Middleton, Pippa Middleton and the entire royal family right here!