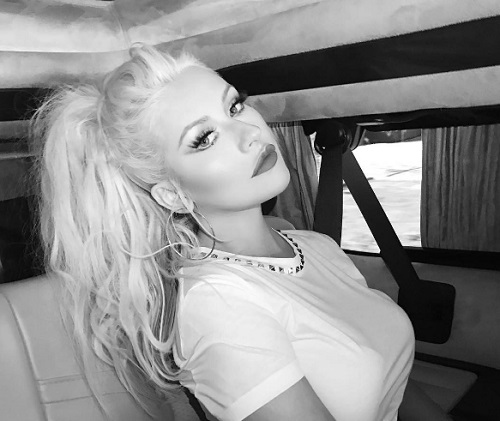 Is Christina Aguilera going back to her dirty diva ways? The pop star was recently spotted looking disheveled and not wearing her engagement ring. Fans have been going nuts over the recent photos of Christina Aguilera. Not only are they outraged that she hasn’t dropped a new album in years, but she also hasn’t been seen without her fiancé Matt Rutler by her side. Christina Aguilera has been holed up in her tacky mansion for years.

In late April, the singer was spotted for the first time in what seems to be eons at a restaurant called Tao. She was rumored to be celebrating the finish of a project. Christina Aguilera has been working on an album for years. She’s been teasing her new music on her social media accounts. She even said that she’s working on not one, but two albums. Why should Christina Aguilera focus on two albums when we all know how long it takes her to get one album done?

During her latest appearance, she wore a low-cut black maxi dress. Christina Aguilera didn’t look so happy with the paparazzi, according to the Daily Mail. She tried to make a quick getaway in the back exit, but it was too late. The paparazzi was already there, snapping photos of the diva. She paired her look with a black motorcycle jacket that featured lacy sleeves, and black semi-sheer peep-toe pumps. 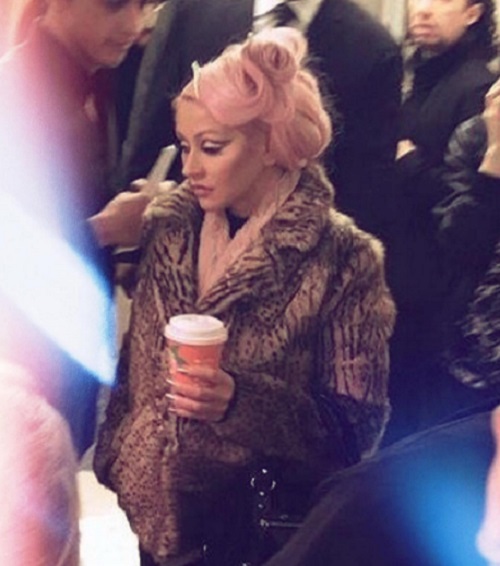 The former Voice coach wore her signature platinum blonde hair down with a middle part. She was also spotted with her signature red lipstick and heavy makeup. After she left the restaurant, Christina had to rely on her bodyguard as she looked like she had a few drinks. Strangely enough, her fiancé was not by her side. She was also seen without the massive engagement ring given to her by Matt Rutler.

The couple has been engaged for three years. They appeared happy on social media and in candid photos. Since Christina Aguilera has been in hiding, a lot has changed since then. Fans have not seen Matt Rutler on her social media accounts. She either shares glammed up selfies of herself or clips of her two children. It’s leading some to wonder if the couple are still together. They share a two-year-old daughter, Summer Rain. She also shares a son, Max, 9, with ex-husband Jordan Bratman.

Christina Aguilera looked barely recognizable the day after her recent sighting. She was seen entering a secret shoot on the set of Milk Studios. The “Body On Me” singer wore a white T-shirt and gray sweats with a black baseball cap and flip flops. During that second sighting, she was yet again seen without her engagement. 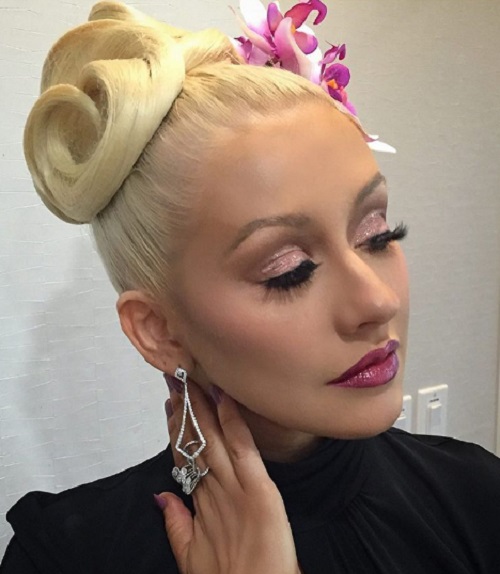