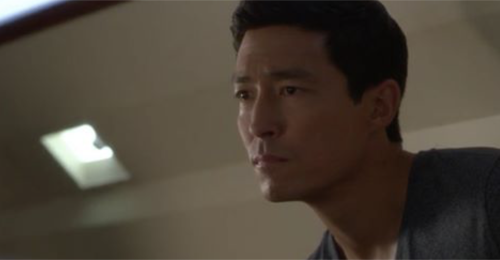 Tonight on CBS their hit drama Criminal Minds returns with an all-new Wednesday, October 4, 2017, episode, called “To a Better Place,” and we have your weekly Criminal Minds recap below. On tonight’s Criminal Minds episode season 13 episode 2 as per the CBS synopsis, “The BAU team investigates three similar crimes in which victims’ remains are discovered in old suitcases.”

The team was back together! They had all been forced to take at least six weeks off to rest and recuperate following their ordeal with Mr. Scratch. However, they were glad to be at work and of some use. They had had to see a therapist and talk about themselves though that wasn’t what they did on a day to day basis. They better at profiling others and so they were glad that they had all been cleared to return to work – including Reid. Reid had gone through the most trauma what with his stint in Mexico and prison. So Reid was the only one returning to work with some restrictions.

Reid was told that for every hundred days he spends on the job, he had to take thirty days off. Though didn’t seem like full reinstatement to him and so he had sat on that without talking to talk anyone even as they started to work a new case. The police had found two bodies down in Florida and it had across as the same Unsub. The Unsub had put the bodies into old suitcases and neither of them victims had seen the danger they were in. There was no defensive wounds and they both were murdered in the same way. They were strangled. So the team got on their plane to figure out what was going on and a third body was found while they were still up in the air.

The third victim had been Laura Westin. Laura like another victim had used dating apps to meet people yet there was no identification with one of the victims and so the team couldn’t right off that pattern. But the third victim help provide the team with some clues about the Unsub’s mentality. Laura had been stuffed in a suitcase wearing just lingerie and she had had traces of spermicide found on her fingertips. So Laura had been in an intimate setting with her killer when he turned on her and so that made the team think about Ted Bundy. Bundy lured his victims in by pretending to be injured and the Unsub could be internalizing his injuries.

The team figured he probably pretended like he had a broken heart and that it worked on a Florence Nightingale’s type. The victims had all been pragmatic and they went out of their way to help people. So if the Unsub told them about his broken heart that would get the women to lower their defenses and allow him to charm them during a brief courtship. Yet, there was something in the Unsub that made him refuse their kindness. He was most likely abandoned as a child by a mother figure and that would explain the old suitcases as well as the lipstick found on the victims.

The Unsub had put an outdated lipstick called Midnight Surprise on all of them and so he turned his victims into surrogates. He killed them in order to vent out all his anger against the person he truly wanted to kill. However, the Unsub later went after a woman that didn’t fit his profile. He targeted a woman that was married and older than his normal victims. So the team believed he killed his fourth because he was trying to stop himself from going after someone else. Someone he probably did fall in love with.

But as the BAU were doing their best to stay on target, they learned the identity of the first victim. She had been Pattie and Pattie didn’t have family so that’s why no one reported her missing though what made Pattie so interesting had been the fact she used to run her own catering business. She had unfortunately catered a funeral right before she died and so that led the team to finding out about Edith Lynch. Edith had raised her daughter Ruth alone after her husband walked out on her and then Ruth had gotten pregnant with William or Billy as he became known.

Billy had reportedly been abandoned by his mother when he was kid and so it was Edith that raised him. Though he was in and out of psychiatric care growing up. So his grandmother’s death must have been a trigger for him because he didn’t start to kill women or write the whole gender off as whores until her death yet oddly enough Billy would imagine his grandmother was still alive and that she was one demanding he kill his victims. And so something was obviously wrong with Billy when he decided to quit his job at the coffee shop and asked out his former coworker Helen.

Helen had lost her father when she was a kid and so she knew what loss was. Yet, Billy would still imagine his grandmother telling him that all women were whores and so she wasn’t just a trigger. His grandmother had raised him in a toxic environment and so it didn’t matter that he really liked Helen. Billy just took her over to his grandmother’s place and had introduced her to thin air. So Helen tried to leave and that made Billy lash out. He thought she was trying to leave him like everyone else and so he tied her up.

Billy was actually going to kill her like all the others when Reid came in. Reid had talked to his team out on the field and he knew he had to tell Billy the truth. He told Billy that his mother hadn’t abandoned him. She had been sending their stuff to her best friend and was going to take him with her when her mother attacked her. Edith had already been left one before and she couldn’t take being abandoned a second time. So she killed her own daughter and pretended that Ruth had run away so that Billy would never leave her.

But knowing the truth, Billy still tried to attack Reid and Reid had been forced to take him down just to get Helen out of there. So Reid helped saved the day despite his therapist believing he still needed time off however he talked about it to Prentiss and Prentiss thought that the break would be good for Reid in the long run.