Days of Our Lives Spoilers: Comings and Goings – What To Expect From Clyde Weston’s and Sami Brady’s Hot Stories 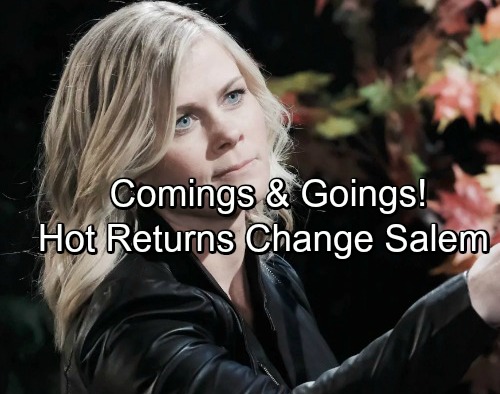 Days of Our Lives (DOOL) spoilers for the week of October 9 reveal that there are two characters returning. One has been teased for months, while the other was a complete surprise.

Kate Roberts DiMera (Lauren Koslow) meets with a former love on Wednesday, October 11. It was previously teased that at least one character return had not been announced. It turns out that the surprise comeback was Clyde Weston. We have to say that they did a great job of keeping it under wraps.

Actor James Read hinted that his storyline is linked to Ben Weston’s (Robert Scott Wilson) shocking announcement. Salemites are going to be very interested in what he reveals about Will Horton (Chandler Massey.) 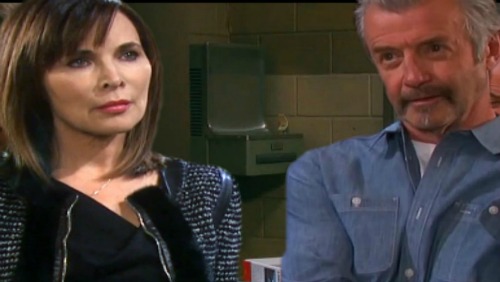 Sami Brady, the one and only true Salem schemer is a fan-favorite and has been missed. On Friday, October 13, she will pop back into Salem.

Actress Alison Sweeney teased to expect a major scene between Sami and John Black (Drake Hogestyn.) What better way to make a shocking Friday the 13th return than by getting in a graveyard scuffle?

Although the reason for her return is connected to the Will Horton mystery, that isn’t her only plot point. Look forward to her interacting with many characters. Days of Our Lives spoilers also suggest her getting involved in multiple storylines. 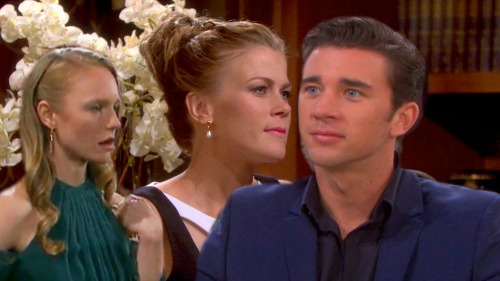 In an interview, the DOOL alum assured fans that they will see the old Sami. Sweeney had a chat with head writer Ron Carlivati about her character. She wanted to make sure that he understood Sami Brady, her personality, motivations and important events that shaped the character. She promised that the new head writer did an amazing job and fans are going to love what they see.

Days of Our Lives spoilers confirm that there are no exits this week. Ben Weston will still be around as Salem tries to wrap their heads around his revelation.

Tell us what you think of Sami Brady and Clyde Weston returning. Keep watching the NBC soap and check back with CDL often for the latest Days of Our Lives spoilers, updates and news.