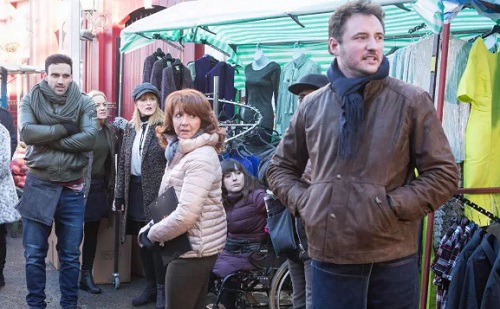 EastEnders spoilers have been teasing a “big disaster” in Walford all month, and on Monday January 23 “Disaster Week” will kick off.  According to EastEnders spoilers, the disaster in question will be deadly and affect everyone in town.  We could even wind up bidding farewell to some more of our Walford favorites.  But, what is the big disaster?

EastEnders spoilers and rumors indicated early on that the disaster would be a bus crash in Albert Square.  The theory came from a leaked aerial shot of the EastEnders set that was taken months ago, and seemed to show some sort of traffic incident involving a bus, with ambulances on the scene.

A bus mowing down residents and street vendors in Walford would certainly be a disaster.  But, is that really what happens?  An all new spoiler video from BBC1 shows the interior of the Queen Vic, and their iconic bust is rattling, the ceiling appears to be caving in.  Last time we checked, bus crashes don’t usually cause what appears to be an earth quake in the Queen Vic. 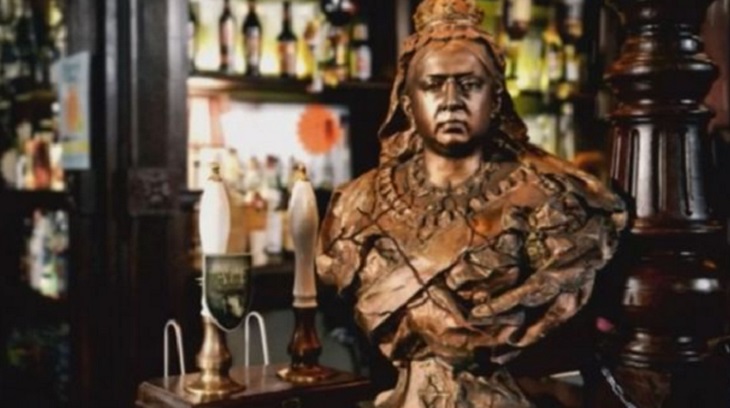 New EastEnders rumors seem to be leaning towards the big disaster being a train derailment.  Word on the internet is that a train may go off the tracks and crash in to the square.  That might be enough to cause serious structure damage at the Queen Vic.  But, is the train derailment just an accident, or the result of a terrorist attack [another theory that is being pushed around on social media].

As of right now, a simple bus crash seems to be the best case scenario for our poor Walford residents.  One thing is for certain, whatever the disaster is exactly, is going to be HUGE, even bigger than we originally anticipated.

What do you think will happen this week on EastEnders?  Share your thoughts in the comments below and don’t forget to check CDL for more EastEnders spoilers and news! 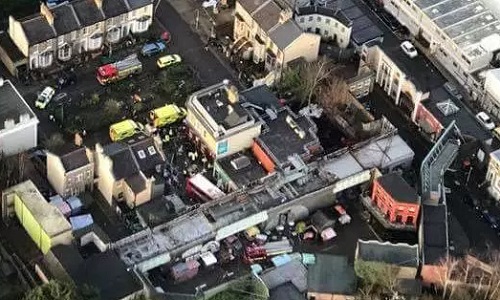 Walford said goodbye to Ronnie and Roxy last night.
Catch up on both episodes on @BBCiPlayer: https://t.co/mP0GuCz6Tm #EastEnders pic.twitter.com/Si8EFyVzKE