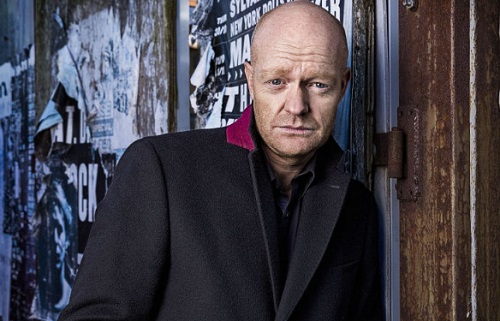 ‘EastEnders’ spoilers have sent the rumor mill in to overdrive since it was revealed that Max Branning [Jake Wood] is up to no good and had a secret meeting with an ominous business partner.

The final episode of ‘EastEnders’ ended this week with Max Branning sneaking away to meet a mysterious man, the duo made vague statements that implied that Max was plotting a major revenge scheme in Walford, and could even be planning to take down the Queen Vic. 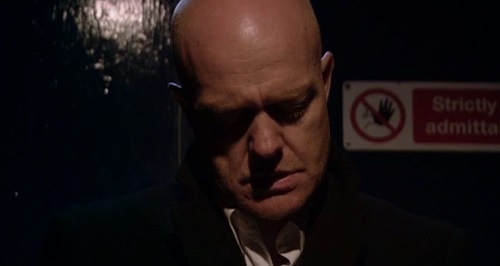 Related: Is Grant Mitchell Returning To Walford – Ross Kemp Back?

We love a good conspiracy theory, and if one thing is for sure, it’s that anything is possible on ‘EastEnders.‘  Max Branning is a pretty mischevious guy, and he has definitely gone dark, but is he really responsible for the Walford bus crash?  How could he force the bus driver to have a heart attack and know that he would plow through the market?  Unless, Max’s plot went awry and the market wasn’t the target – something else was?

Regardless, that doesn’t explain why Max Branning would rush to the aid of everyone involved in the bus crash and encourage the people to lift the bus.  Then again, playing the hero would be the perfect way to throw suspicions off from himself.

What do you think ‘EastEnders’ fans?  Is Max Branning somehow responsible for the bus crash?  And, was it part of his plan to take down the Queen Vic?  What’s Max REALLY up to?  Share your thoughts in the comments below and don’t forget to check CDL for more ‘EastEnders’ spoilers and news! 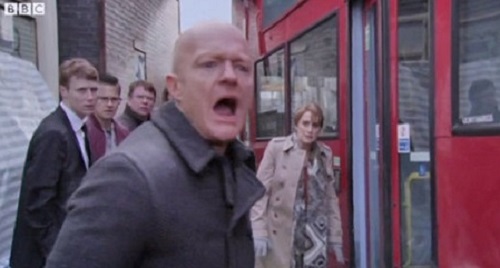 Max is an enigma wrapped in a mystery wrapped in an overcoat. #EastEnders pic.twitter.com/BbJx9zxJAf