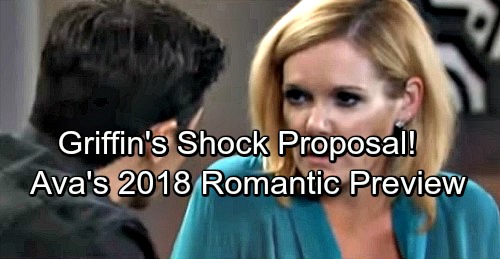 General Hospital (GH) spoilers tease that big things are brewing for Ava (Maura West) and Griffin (Matt Cohen) in 2018. They’ve faced some problems over Julian (William deVry) lately, but they’ll eventually get back on track. Ava and Griffin’s relationship will grow stronger, but there’ll still be some issues under the surface. No matter how hard Ava tries to fight her insecurities, they’ll always be there.

Part of Ava feels like she’s going to screw everything up sooner or later. That’s just the way her life goes. Griffin brings out the best in Ava, but is that enough to keep her on the right path? Ava will ignore the doubts the rise up, but she’ll continue to wonder if she’s really good enough for saintly Griffin. 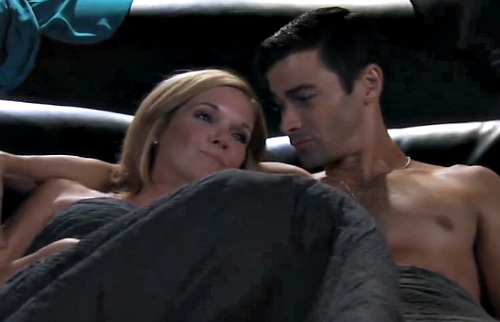 General Hospital spoilers say Griffin will come up with a gift to prove his love. He’ll hope to surprise Ava with something special down the road. There are a couple ways GH could go with this. For starters, Ava still wants the rest of her face fixed. If Griffin can find an alternative treatment that’s both safe and effective, that’d be the best present he could offer.

Ava would be thrilled to have her beauty fully restored. It would make her more confident and pull her even closer to Griffin. Then again, General Hospital could choose another route. It’s possible that Griffin will propose to Ava at some point. If she can’t learn to have faith in herself, Griffin may have to show her just how much faith he has in their love. 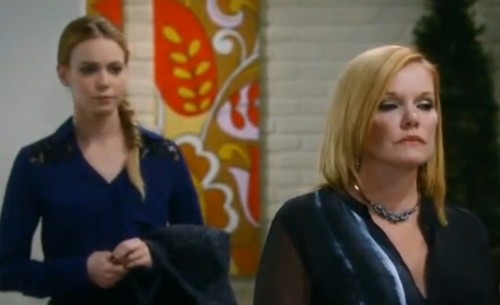 Of course, it’s going to take a little more time before Griffin and Ava reach engagement territory. They’re still trying to navigate the waters of dating. However, this surprise could take place much later in 2018, so Griffin might feel comfortable popping the question by then. His surprise could be a beautiful ring.

Whatever the case, General Hospital spoilers say it seems likely that Ava’s worst fears will ultimately come true. She doesn’t fit in the good girl box, so she’ll inevitably sabotage herself. Once that happens, will Griffin forgive Ava or walk away? That probably depends on how bad Ava messes up!

It sounds like some interesting developments are coming up. We’ll give you updates as other GH news emerges. Stick with the ABC soap and don’t forget to check CDL often for the latest General Hospital spoilers, updates and news.