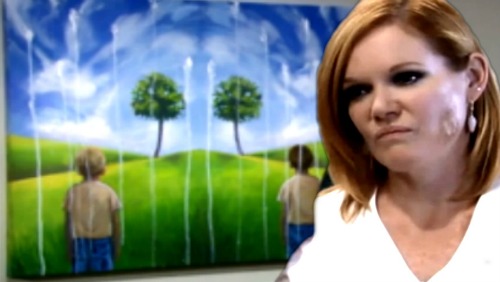 General Hospital (GH) spoilers tease that Ava (Maura West) will continue to focus on restoring her appearance. That task is keeping her busy, but she should really concentrate on other important things – like finding evidence that might be right under her nose. There could be some exciting proof for Ava to uncover.

Franco (Roger Howarth) recently donated his painting to Ava’s art gallery. He suggested that she could sell it and use the money to help with Kiki’s (Haley Erin) education. However, there could be more to the story. It’s interesting that GH chose to include all this. If it didn’t matter, they could’ve just had Andre (Anthony Montgomery) take the painting with him or burn it along with his notes. 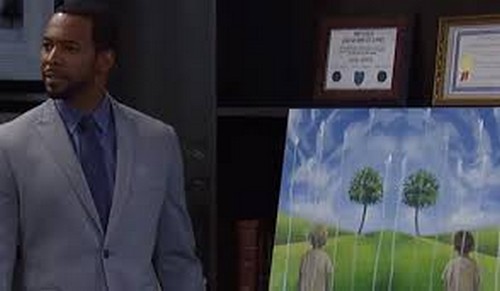 Instead, maybe Franco’s painting will be crucial down the road. Could he have hidden something in the canvas? There might be a small chip that Andre stashed for safekeeping. It could contain all his files. Andre left in a hurry, so it’s possible he forgot to destroy it along with the rest of his research.

Regardless, Ava would be one lucky lady if stumbled across the proof. At first, General Hospital spoilers hint that Patient Six (Steve Burton) may win the Jason Morgan war. He could be declared the real Jason, but what if Ava presents evidence that suggests otherwise? That could be a huge problem for Sonny (Maurice Benard), Carly (Laura Wright) and Patient Six. 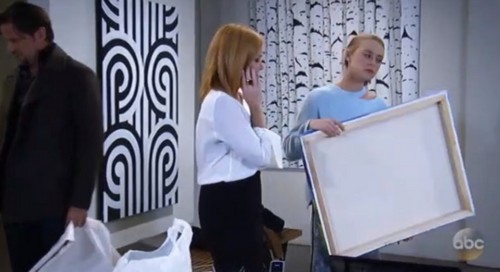 Ava would have a serious blackmail opportunity. She could certainly find ways to use this info to her advantage. Carly and Sonny constantly make her feel like dirt, so Ava would want to show off her power. She would enjoy every minute of taunting her foes.

Ava isn’t too happy with Patient Six right now either. Helping P6 in Russia nearly cost Ava her life and she didn’t even get the rest of her scars removed. Patient Six insisted that he got Ava the formula, so they’re officially done. All it took was a few words from Carly to turn him against his new pal.

Of course, Patient Six would still be drugged up in a clinic if it weren’t for Ava. She probably wouldn’t mind torturing him a little for siding with “CarSon.” Ava could eventually get down to the business of what she wants. If her face hasn’t been fixed by then, Ava might make that part of the deal. She could trust someone else to release the info in case Sonny planned to have her killed during surgery. 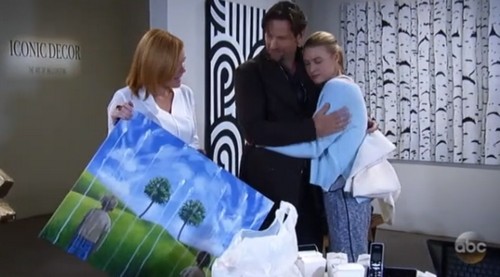 Ava would definitely cover all her bases. She could keep this blackmail up for quite a while before dropping the bomb anyway. It’d be the ultimate revenge! Then, a surprising reversal could change everything. If Andre was wrong and Patient Six is actually Jason, Ava could be in big trouble! It’d be fun to watch the power shift back and forth in a storyline like this.

Do you think Ava will end up with some shocking twin evidence? We’ll give you updates as other General Hospital news comes in. Stick with ABC’s GH and don’t forget to check CDL often for the latest General Hospital spoilers, updates and news.