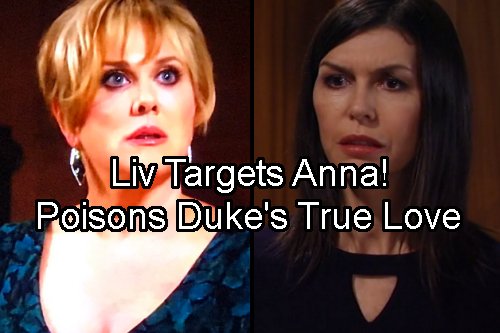 New General Hospital (GH) spoilers tease that Olivia “Liv” Jerome (Tonja Walker) has not forgotten her revenge plan for Anna Devane (Finola Hughes). Liv has been focused on tormenting Julian Jerome (William deVry) and getting GH, but Anna is never off her mind. Remember her cabinet of stalker photos of Duke Lavery (Ian Buchanan)?

Liv cut Anna out of the photos – including her wedding photo of Duke – and replaced them with pics of herself. Liv blames both Julian and Anna for cheating her out of her happily-ever-after with Duke. Liv is choosing not to remember that Duke rejected her and wanted nothing to do with her before Julian shot her and she “died” back in the 90s. 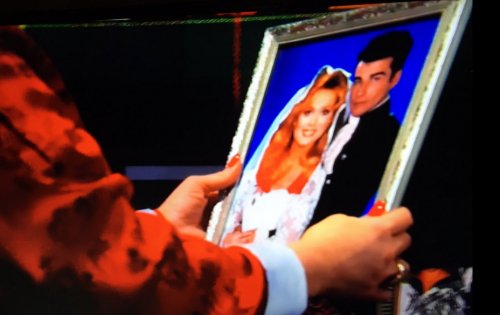 Duke’s death on Julian’s orders is what brought her back to Port Charles but she wants Anna to pay. Despite juggling other evil plans, Liv kicks off her revenge scheme against Anna this week. Just as Julian poisoned Jason Morgan (Billy Miller), General Hospital spoilers hint that Liv will poison Anna.

The promo teaser for Wednesday’s GH shows Anna sipping from a drink and looking very unfocused while Griffin Munro (Matt Cohen) tries to talk sense to her. GH spoilers for Friday, February 10 reveal Anna seeks medical attention. Will Griffin realize Anna’s been poisoned and rush her to GH? 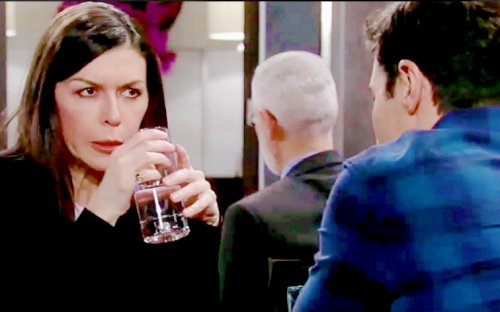 Griffin can’t bear for anything to happen to Anna who is like a second mom to him. This poisoning plot opens up an interesting door for Liv since she doesn’t know that Duke had a son. If Liv comes lurking around GH to see if Anna is at death’s door, she’ll see the gorgeous doc and be drawn to him. Who wouldn’t be? He’s a hunk.

There are lingering spoilers that Griffin and Liv come face to face and he learns more about his father from her. Liv has a track record of getting cozy with those closest to her enemies to use against them. That’s what Liv did by showing up to AA and becoming Alexis’ sponsor and she’ll do the same with Griffin. Once Liv finds out Duke has a son, she’ll be thrilled. 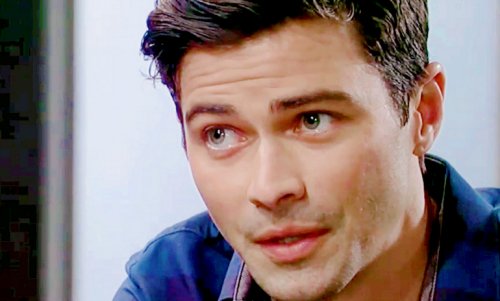 Griffin may become Liv’s latest obsession. When Anna sees that Liv is alive and has leeched onto Griffin she’ll be furious and Griffin will be confused. Liv Jerome is not part of Duke’s history that Griffin knows and he’ll be stunned to learn how dangerous Liv is and all about her deadly fixation on his father and now him.

Tonja Walker revealed she has lots of scenes left to play before her character leaves Port Charles in mid-March and many twists coming in Liv’s storyline. These scenes with Anna and Griffin promise to be nerve wracking. Plus, we know Liv won’t be killed off and may come back so that means long-term trouble for Duke’s son and his lady love. Liv will never die!

Share your comments below and tune into CDL often for the latest General Hospital spoilers, news and updates.