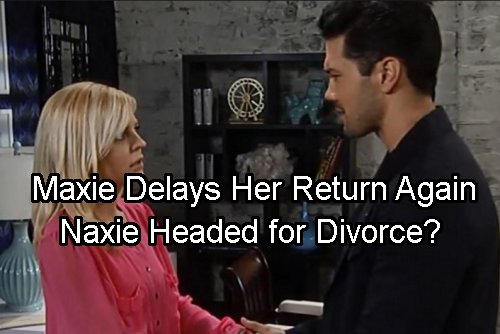 General Hospital (GH) spoilers reveal Nathan West (Ryan Paevey) is getting impatient about Maxie Jones (Kirsten Storms) extended absence from his life and Port Charles. By the end of this week, (April 28) he’s annoyed that his new wife remains out of town.

The following week (May 1 – May 5), Nathan gets bad news and General Hospital spoilers confirm that his news is that Maxie tells Nathan she’s extending her trip to Portland. Nathan’s feelings are hurt and he’s not sure why his wife is choosing to stay out of town without him.

Is Naxie headed for a divorce so soon into their new marriage because Maxie has abandoned her hubby and run off? Kirsten Storms just shared a couple of photos on Instagram so she’s back on social media and that could mean she’ll be back on the General Hospital set soon. 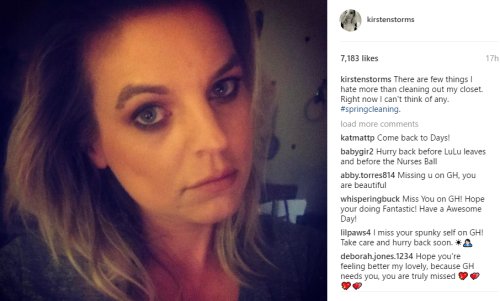 But even if Kirsten Storms resumes the role of Maxie soon, it will be six weeks or so after that resumption before we see her character back on GH. How will ABC and General Hospital keep explaining the absence? Kirsten Storms still has not made a statement about her longest-yet leave of absence from the soap.

Nathan is a hot guy and there are plenty of single ladies in Port Charles who might like to keep him warm at night – so will Maxie come back to trouble? Nathan can’t help but be hurt by Maxie staying in Portland near her ex Damian Spinelli (Bradford Anderson) and their daughter Georgie.

Nathan has chemistry to spare so General Hospital could easily set him up with any of the lovely ladies of Port Charles. Nelle Hayes (Chloe Lanier) is single and so is Carly Corinthos (Laura Wright) now that Jasper “Jax” Jacks (Ingo Rademacher) left town. 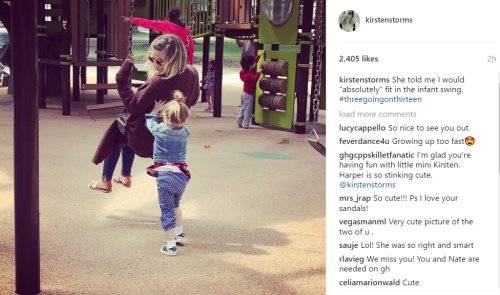 Ava Jerome (Maura West) is single as well and maybe the good guy cop would like some bad girl loving. There’s also Nurse Amy Driscoll (Risa Dorken) even though she’s got her eye on Dillon Quartermaine (Robert Palmer Watkins).

Photos leaked from the General Hospital set recently showed some of the stars shooting Nurse’s Ball scenes but Kirsten Storms is at home cleaning out her closet so it looks like it will be early to mid-June at the earliest when we see Maxie back.

What will Nathan do while Maxie is gone and does she expect him to take this rejection without being angry? Kirsten Storms absence has left General Hospital writers with an impossible story to write. Letting Maxie stay out of town and leaving Nathan hanging is boring for fans. 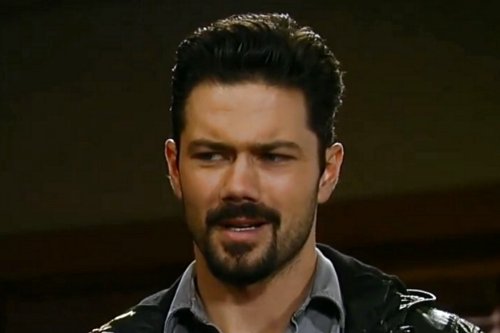 However, there is a new police case looming for the sexy cop that General Hospital spoilers tease will lead to the reveal of his biological father which is a secret that’s been lingering. If Maxie stays gone too long, though, she might find herself welcomed home with divorce papers instead of confetti.

Maxie’s absence is a dark mark on this new marriage and this once-happy couple might find themselves on the rocks if she doesn’t get to Port Charles soon and cuddle up to Nathan. Share your comments below on Maxie’s delayed return and tune into CDL often for the latest General Hospital spoilers, news and updates.