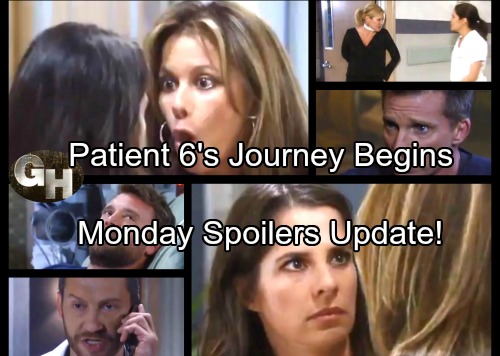 General Hospital (GH) spoilers for Monday, October 2, tease that Jason (Billy Miller) will wonder why Franco (Roger Howarth) visited him in the ICU. He’ll sense that it must’ve been pretty important, but Franco will likely dance around the truth. The photograph will undoubtedly come up in this conversation, but Franco may repeat the story Liz (Rebecca Herbst) passed along.

It appears Jason will remain the dark about his twin brother, but the truth has to come out sooner or later. Meanwhile, Michael (Chad Duell) will also be looking for some honesty. He’ll confront Nelle (Chloe Lanier) about the ring he found and why she apparently lied to him.

Of course, things aren’t always as they seem. For all we know, that ring may have belonged to Nelle’s dead mother. If it does turn out to be Zack’s ring, Nelle obviously wasn’t saving it for the money. She’s had it stashed away for years, so it’s entirely possible that she misplaced it. Regardless, Michael will have to ask himself what he’s willing to believe.

Other General Hospital spoilers say Alexis (Nancy Lee Grahn) will blast Sam (Kelly Monaco) for setting her up with Dr. Bensch (James DePaiva). She’ll urge her daughter to cool it or else. However, it seems Alexis will indeed go out on a date with the interested doc. She’s stuck on Julian (William deVry), but Sam’s push will move her life forward a bit. 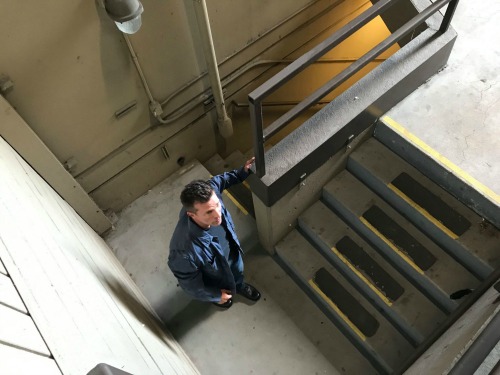 In St. Petersburg, a massive search will be underway. Dr. Klein will insist that Patient Six (Steve Burton) is strong, fast and nearly impossible to control. General Hospital spoilers say the alarm will sound as the staff scrambles to catch the escapee.

While everyone looks for Burton’s character, Ava (Maura West) will pretend she’s out of the loop. She’ll ask if there’s a fire, but she’ll eventually be accused of helping Patient Six get away. GH fans can expect some tough moments for Ava once her role in this comes to light. She’ll worry that she may not get out of the clinic alive. 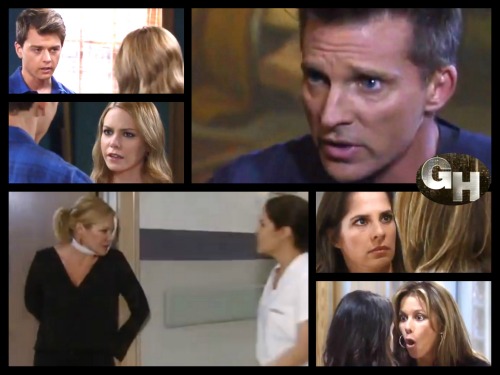 This GH storyline is really heating up! We’ll give you updates as other news emerges. Stay tuned to the ABC soap and don’t forget to check CDL often for the latest General Hospital spoilers, updates and news.