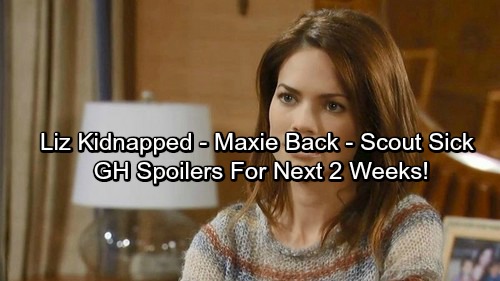 General Hospital (GH) spoilers and casting news for the next two weeks, July 17 through July 28, tease that some jaw-dropping moments are coming up. The week of July 17-21 will bring some major drama for Valentin (James Patrick Stuart). Spencer (Nicholas Bechtel) may be a kid, but he could still prove to be a serious threat. A legal battle and some Charlotte bullying could present real problems for Valentin.

However, Spencer’s quest for vengeance will soon take a dangerous turn. He may realize that revenge often comes at a steep price. Meanwhile, Alexis (Nancy Lee Grahn) will have to decide if she’s willing to step up for Julian (William deVry). When he asks her to testify on his behalf, Alexis will mull it over and deliver her decision. 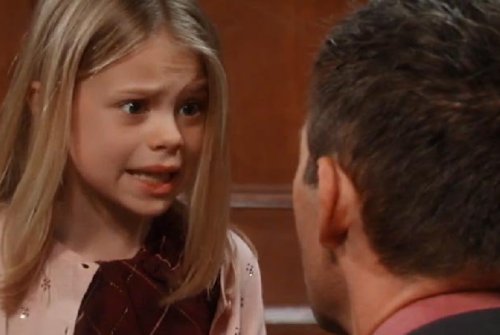 Elsewhere, Jason’s (Billy Miller) fears will grow as Sam (Kelly Monaco) continues down her crazy path. Sonny (Maurice Bernard) will also deal with some worries when a sinister text shows up on his phone. Things will get even darker during the week of July 24-28. It looks like several twisted schemes will blow up in a big way.

Of course, we have to see the calm before the storm. General Hospital spoilers hint that Hayden (Rebecca Budig) and Liz (Rebecca Herbst) will enjoy more bonding time. General Hospital is obviously revving up that connection so it’ll be absolutely crushing when Hayden’s departure hits.

Dr. Obrecht will put her evil plot in motion, but she’ll likely face unexpected complications. GH spoilers reveal that Liz will be held hostage somewhere soon. Will she get caught in Hayden’s chaos? Speaking of chaos, Sam could unleash some when she confronts Sonny.

Her actions will lead to a heartbreaking catastrophe and the fallout should be brutal. GH buzz is that Sam will shoot Sonny and he will float between life and death. This brings up the casting news that Michael Sutton is returning as Stone Cates, presumably as a hallucination for the critically wounded Sonny.

At General Hospital, little Scout will have a health scare that concerns Griffin (Matt Cohen). He’ll fear that the baby’s life could be at stake if he doesn’t act fast. Across town, Carly (Laura Wright) will have important updates for Michael (Chad Duell). There’s a good chance this will be about the peril that’s striking for Sonny. 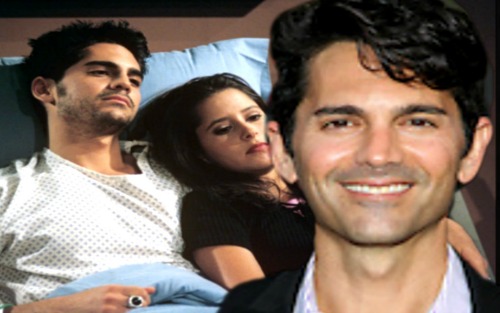 Other General Hospital spoilers say a fantastic surprise awaits Nathan (Ryan Paevey). It sounds like Maxie (Kirsten Storms) will finally return to her adoring husband and her expected return date is July 25. “Naxie” fans are definitely looking forward to this reunion.

Dante (Dominic Zamprogna) will have to deal with some tricky situations thanks to Valentin, but he’ll eventually get a break from the mayhem. We’ll keep you posted as other GH news comes in. Stay tuned to the ABC soap and don’t forget to check CDL often for the latest General Hospital spoilers, updates and news.