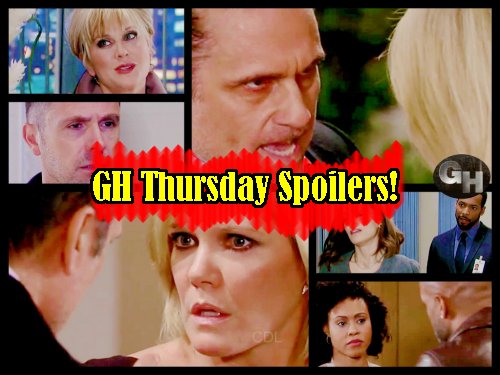 General Hospital (GH) spoilers for Thursday, February 9 reveal that Sonny Corinthos (Maurice Benard) has screwed up in a big way. He was just about to get off the hook in the Morgan Corinthos (Bryan Craig) murder rap but now he’s gone and broken house arrest.

Sonny ditched his ankle monitor and Dante Falconeri (Dominic Zamprogna) found it. He was going to tell his dad the good news that Buzz (Don Swayze) came back to help clear his name but it’s too late, Sonny made the risky move of going after Ava Jerome (Maura West). 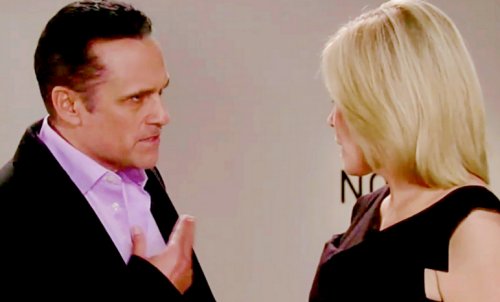 Curtis Ashford (Donnell Turner) figured out Ava had nothing to do with the bomb and alerted Jason Morgan (Billy Miller) who shows up to Sonny’s only to be told by Carly Corinthos (Laura Wright) that Sonny ditched his monitor and violated his confinement order.

Jason knows right where Sonny went – to exact revenge on Ava. Jason takes off to try and stop him. Dante has questions for Carly about his dad. He questions her commitment to him. Carly had nothing to do with this and has been talking Sonny down constantly. 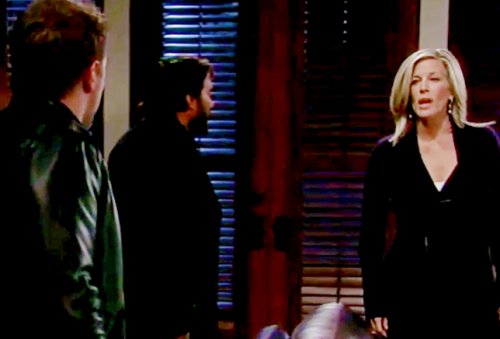 Sonny gets in Ava’s face at the gallery and tells her that Morgan is dead because of her. Sonny is right but for all the wrong reasons. What will Ava say? Any chance that she’ll confess to the medication swap? She might if she thinks it will save her life.

If Sonny begins making accusations about the car bomb, though, she’ll know to shut her trap since she has no idea about who placed the bomb. Jason has some harsh things to say when he catches up to Sonny. Jason wants justice for Morgan but not an assassination. 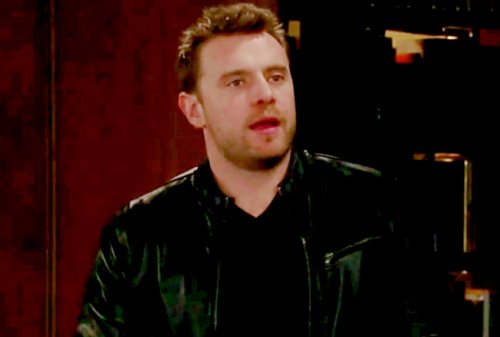 Over at GH, Julian Jerome (William deVry) has an unwelcome encounter with big sis Olivia “Liv” Jerome (Tonja Walker). Liv tells Julian she doesn’t trust him to follow through and pressures him. His past has finally caught up to him and he’s got nowhere to hide.

At GH, Andre Maddox (Anthony Montgomery) asks Hayden Barnes (Rebecca Budig) if there will be layoffs. Unless Hayden found another solution, she’ll have no choice but to make staff cuts. Andre’s job might be on the line since they already have Kevin Collins (Jon Lindström). 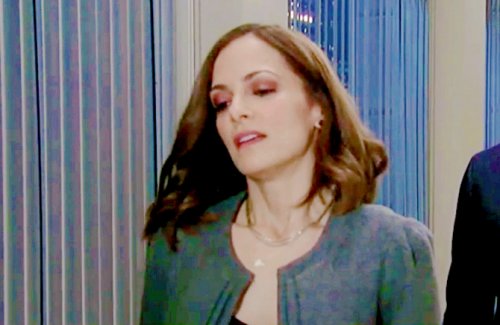 Curtis Ashford (Donnell Turner) is happy that Buzz turned up but is sick and tired of being jerked around by Jordan. They had that kiss then she slapped him and he’s frustrated. Plus, she went back on her word to help him get his badge back. Curtis tells Jordan he’s done with her.

Alexis Davis (Nancy Grahn) and Sam Morgan (Kelly Monaco) are chatting when Kristina Corinthos (Lexi Ainsworth) and Molly Lansing (Haley Pullos) drop by with champagne to toast Alexis getting back her law license. Talk about an awkward moment. 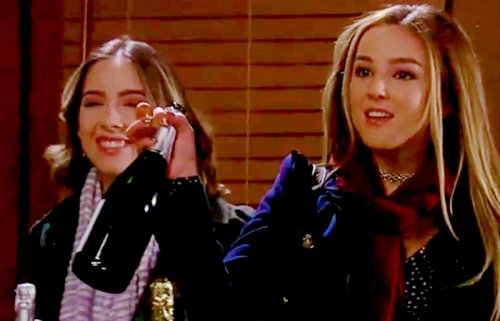 Alexis didn’t get her license and can’t touch the champagne since she’s a bona fide booze hound. Alexis leans on Sam for support while she explains to her younger daughters all the upheavals that have been going on in her life. What a mess!

Share your comments on the action coming on the Thursday, February 9 GH episode and tune into CDL often for the latest General Hospital spoilers, news and updates.