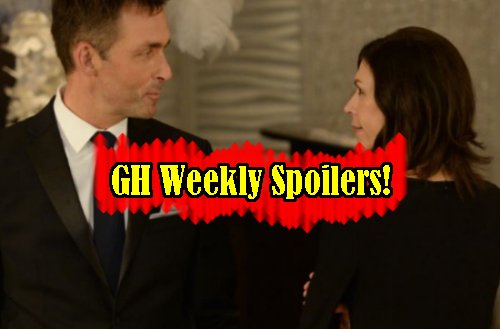 General Hospital (GH) spoilers for the week of Monday, January 9 thru Friday, January 13 reveal that Nathan West (Ryan Paevey) is determined to marry Maxie Jones (Kirsten Storms) so they have to find Claudette Bolland (Bree Williamson).

Nathan and Maxie head out of town to find his wife but return with shocking news. By the end of the week, Blake Berris debuts as recast Damian Spinelli and when they get the all-clear to marry, he’ll officiate. GH spoiler photos show him presiding at their nuptials. 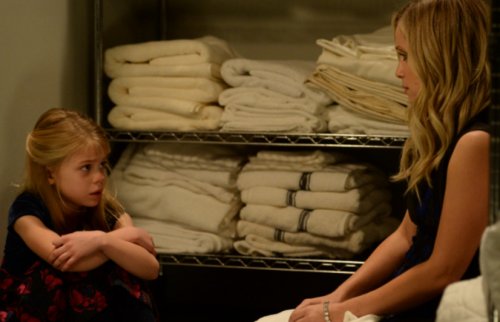 Lulu Spencer (Emme Rylan) is sick of all of this and wants Charlotte to know that she’s her mother. Lulu and Dante Falconeri (Dominic Zamprogna) pay a visit to Valentin to demand that they tell Charlotte the facts about who her parents really are.

General Hospital spoilers indicate Charlotte will continue to resist Lulu’s efforts to bond with her. Anna Devane (Finola Hughes) has some recovered memories of Valentin but it’s not all together in her mind yet. She and Valentin face off and it’s not pleasant.

Franco (Roger Howarth) works with Scotty Baldwin (Kin Shriner) to solve Tom Baker’s (Don Harvey) murder before the police come to haul him off. More evidence emerges that makes Franco look guiltier then ever but he’s getting close to solving the case. 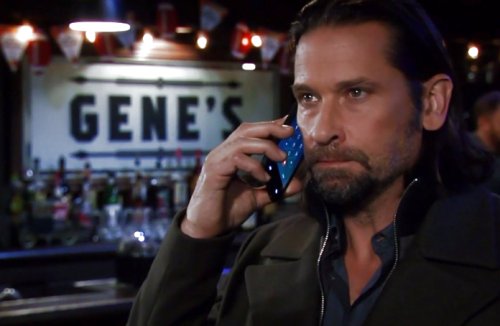 The path he’s on puts Franco in harm’s way and the real killer attacks Franco striking him in the head when he gets too close to the truth. Franco has more to confess to Liz Webber (Rebecca Herbst) this week and Kiki Jerome (Hayley Erin) finds out what Franco did to Tom.

Kiki agrees to keep his secret and later, she and Liz work together to help find the truth and save Franco. Alexis Davis (Nancy Grahn) worries that she killed Tom and has a crisis about her drinking – she just can’t quit. Julian Jerome (William deVry) demands she clean up her act.

Sam Morgan (Kelly Monaco) has a pregnancy scare when she gets into harm’s way investigating the bomb scare and Jason Morgan (Billy Miller) is terrified he’ll lose Sam although the baby is fine. This scares Alexis into a sobriety pledge and she decides to give Alcoholic’s Anonymous a try. 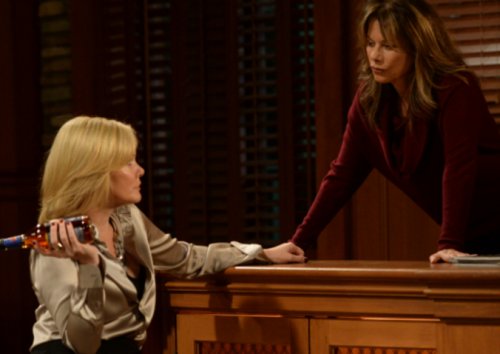 Julian tries to comfort Alexis when she freaks about Sam, but Alexis rejects him. Sam has reason to suspect Ava Jerome (Maura West) is involved in the new mobster’s plot. By the end of the week, Winston Rudge (David Lee) hires a hit man to target Jason.

Sonny Corinthos (Maurice Benard) doesn’t want Nelle Hayes (Chloe Lanier) messing up his reunion with Carly Corinthos (Laura Wright). Sonny confronts Nelle and plans to confess the one-night stand to Carly. Nelle wonders if she’s in over her head and regrets her actions.

Hamilton Finn (Michael Easton) is also cured and Hayden Barnes (Rebecca Budig) is ready to start their new life together but he’s hiding a dangerous secret. After years of taking Zekenestrol to keep him going, it turns out Finn is an addict and he’s desperate to hide this fact.

All this and more on episodes the week of Monday, January 9 thru Friday, January 13. Share your comments below and tune into CDL for more General Hospital spoilers and news.