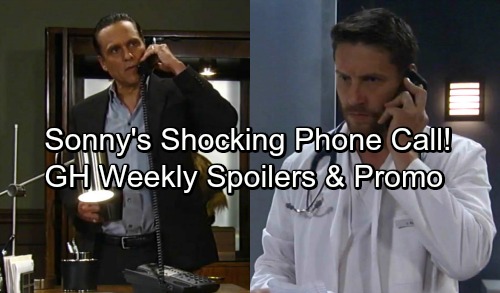 General Hospital (GH) spoilers for the week of September 25 through 29 tease that several characters will face predicaments. First, Franco (Roger Howarth) will mull over a difficult task. Someone will ask Franco to keep a secret, but that could mean putting his relationship in jeopardy. Since Franco is already hiding things from Liz (Rebecca Herbst), he really doesn’t need to add to the list.

Franco will turn to Scott (Kin Shriner) for guidance, which may or may not work out. GH fans know Scott doesn’t usually have the best judgment, but maybe he’ll actually be helpful this time. Meanwhile, Carly (Laura Wright) will continue to stir up trouble. Since she just got a text from Zackary Grant’s sister, perhaps an intriguing meeting is coming up. 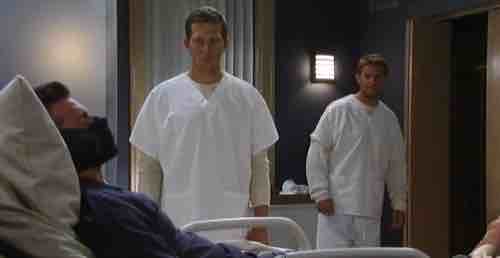 Elsewhere, Bobbie (Jacklyn Zeman) will make a surprising gesture. She’ll make a slight push for peace, so it sounds like this will involve Nelle (Chloe Lanier). Will she take the olive branch? Regardless, Nelle needs to watch her back. Bobbie and Carly obviously can’t be trusted.

General Hospital spoilers hint that Michael (Chad Duell) will also leave Nelle on edge. He’ll move their relationship forward in a big way, but Nelle will have doubts. She already objected to the idea of moving in together, but Michael might insist. It’s a logical solution since Nelle’s been evicted and needs a place ASAP.

Nelle and Michael will eventually celebrate their latest milestone, but they should enjoy the happiness while it lasts. Major drama is brewing thanks to Nelle’s many enemies. Speaking of enemies, Dillon (Robert Palmer Watkins) may feel like he has a new one. He’ll encounter a threat that sparks outrage. 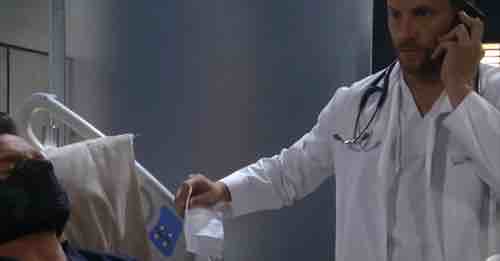 Kiki (Haley Erin) is always stuck at GH with Dr. Bensch (James DePaiva), so Dillion could believe his relationship is at risk. He may blame Dr. Bensch for turning Kiki into a workaholic who ignores her boyfriend. Kiki won’t approve if Dillon chooses to act out, but that won’t stop him from making his feelings known.

Other General Hospital spoilers say Sonny (Maurice Benard) will turn to Brick (Stephen A. Smith) for help. He’ll have an investigation to conduct and Brick is just the person to pitch in. At the clinic, Ava (Maura West) will have a vivid dream about Griffin (Matt Cohen). A little piece of her is still hoping for a future with the man she desires.

General Hospital spoilers say Ava will also face an ethical dilemma, which involves Patient Six (Steve Burton). She may be in a position to assist him, but won’t risk her shot at beauty to do it. In fact, true to form, Ava betrays Patient Six and gives up his secret phone number to Dr. Klein. Fans will be shocked at who answers the phone when Klein calls Port Charles!

Back in Port Charles, Griffin will get fed up with secretive Valentin (James Patrick Stuart). He wants to stop the madness, but there’s no chance of Valentin cooperating. It looks the action’s heating up. We’ll give you updates as other GH news comes in. Stay tuned to the ABC soap and don’t forget to check CDL often for the latest General Hospital spoilers, updates and news.