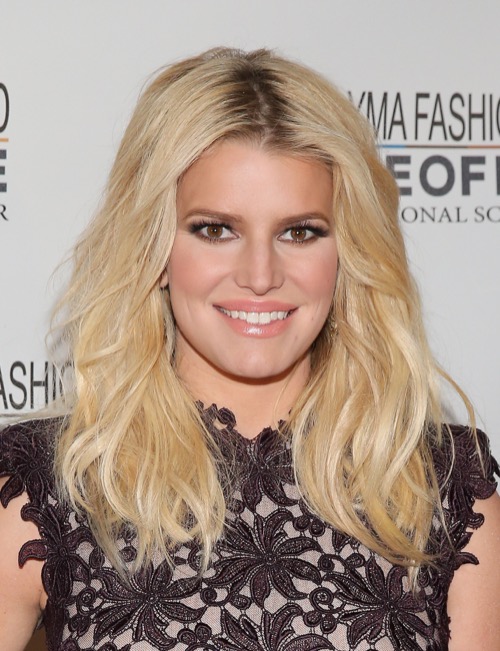 Jessica Simpson had a little too much fun on Tuesday night. The mom of two was spotted outside Craig’s restaurant in Los Angeles with a few of her friends. She was there to celebrate her husband, Eric Johnson’s 38th birthday. The couple certainly knows how to have a good time. Jessica Simpson was seen stumbling out of the restaurant.

She looked like she had a great night. She made silly faces at the photogs. Some onlookers said that Jessica Simpson could hardly walk due to her sky-high heels and the alcohol she drank. Johnson was there to hold her and whisk her away. One insider told E! News that Jessica Simpson and Johnson arrived at the venue around 8:45 p.m. and partied until 1:30 a.m.

Her hubby wanted a quiet night out. That’s not exactly what he got. The waiters brought out desert for him instead of singing happy birthday. Though “the restaurant was trying to close,” they stayed and partied. Jessica Simpson and Johnson were the last ones to leave the restaurant. She had trouble walking out of the place and had to hold onto Johnson’s arm as they waited for the valet. 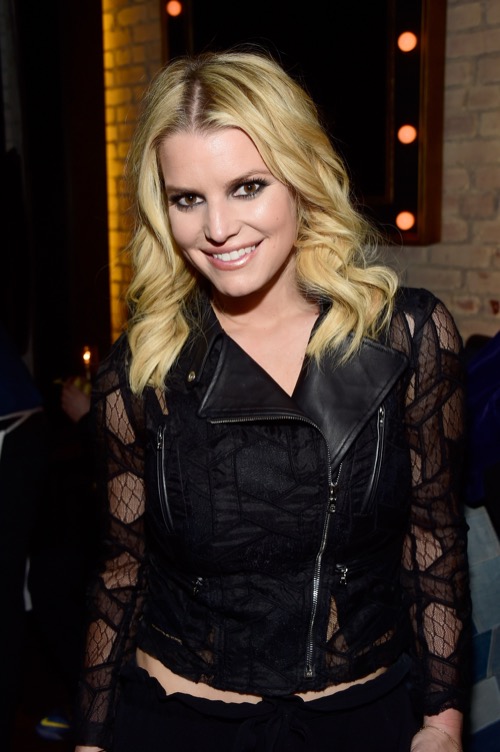 Jessica Simpson stuck her tongue out at the photogs as she entered the vehicle. Before she left, the photogs had to ask the former pop singer how she gets her cheeky behind. She only said that she does not not wear “G-String” underwear. The photogs were referring to Jessica Simpson’s cheeky photo on her Instagram. On Sunday night, the 37-year-old shared a photo of herself bent over in front of her husband, flashing her underwear to the camera.

This latest sighting comes after Jessica Simpson has been accused of having a drinking problem. Earlier this year, she made an appearance on The Ellen Show. She had a hard time stringing words together. In Touch previously reported that she’s been allegedly struggling with alcohol and substance abuse. Jessica Simpson has been under a lot of pressure from her father, Joe Simpson’s cancer diagnosis.

She’s also been working to revive her dead music career. Though her fashion empire is successful, she’s been wallowing in prescription drugs and alcohol, a source told the publication. Jessica Simpson allegedly mixes scotch and vodka with medication that makes her “disoriented.” Friends fear that the singer could be headed for rehab.

What are your thoughts, CDL readers? Do you believe that Jessica Simpson has a hard time with alcohol and prescription drugs? Or, do you think she’s just having some fun? Sound off below in the comments section.