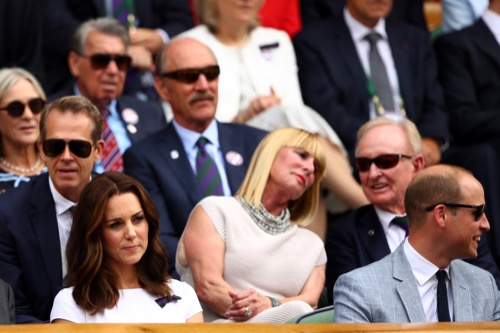 Kate Middleton has made it pretty clear that she wants nothing to do with her mother Carole Middleton or her sister Pippa Middleton at Wimbledon this year. That’s why the Duchess of Cambridge has been ignoring her family all throughout the tournament. In fact, both Carole and Pippa Middleton weren’t even given access to the royal box and have been forced to sit with the other spectators instead.

One of the reasons why the Duchess might be ignoring Carole and Pippa is because she’s probably tired of them trying to steal her spotlight. Carole has been doing whatever she can to score VIP seats next to celebrities while Pippa has been treating the tournament like her own personal fashion show. She’s been showing up to Wimbledon in dresses that look like they would be more appropriate for a wedding reception rather than a sporting event.

If that weren’t enough, eyewitnesses claim that Carole Middleton allegedly begged Roger Federer’s wife Mirka Federer for special Wimbledon tickets. After all, Carole Middleton is the Duchess of Cambridge’s mother. She shouldn’t be forced to purchase tickets like the rest of the spectators at the tournament. At least, that’s what she believes. 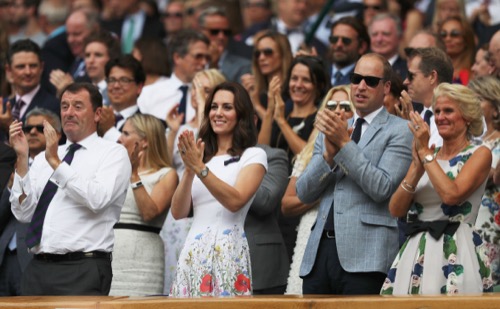 For Kate though, she’s had enough of both Carole and Pippa’s ridiculous behavior. What’s more, she’s had enough of them continuously trying to ride on her royal coattails, too. That’s why she made sure to keep her distance from them during the men’s final game on Sunday, July 16. Kate Middleton was nothing put all smiles in the royal box with her husband Prince William at the game. Carole, Pippa and her brother James Middleton, meanwhile, were photographed sulking and looking glum on the opposite end of the stadium. Clearly, they weren’t getting the media attention that they were hoping for.

At this point, it wouldn’t be surprising if Kate Middleton did something to ban her family from attending next year’s tournament. If there’s going to be one star of Wimbledon, it’s going to be the Duchess, and not her family. Plus, Kate doesn’t want to see her mother Carole beg for tickets each year. And she’s tired of her sister Pippa acting like a try-hard celebrity with her ridiculous outfits and obvious attempt for attention. Royal fans know that Kate Middleton will end up putting her foot down one way or another.

In the meantime, don’t forget to check back with CDL for all the latest news on Kate Middleton and the entire royal family right here.