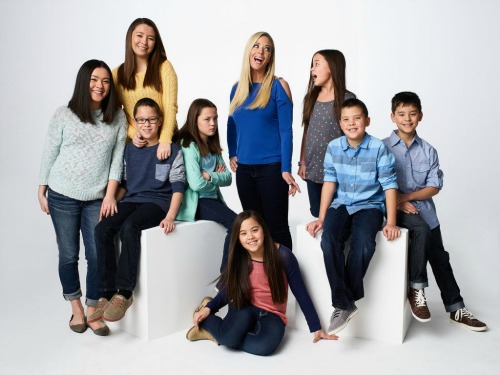 Kate Gosselin threw a birthday party for her sextuplets last month. They all turned thirteen years old. Recent reports surfaced stating that Collin Gosselin was not there for his own birthday party. He wasn’t even there for their camping trip. Some fans are wondering where he’s been lately.

It’s not surprise that one of Kate Gosselin’s kids dropped out on her since she only sees them as her meal tickets to fame. It turns out that revelation will be a storyline for an upcoming TV special. Everyone knows that TLC is willing to give her attention whenever she needs it.

Collin Gosselin is said to be one of the bad kids out of Kate Gosselin’s bunch. The recent reports about Collin missing around his own birthday has everyone raising their eyebrows. Kate Gosselin has gotten a bad rep for pushing her kids on television. She even was criticized for having sextuplets in the first place. And, don’t get us started on her marriage with Jon Gosselin. It’s likely that Collin Gosselin was in attendance, but didn’t want to be photographed with his brothers and sisters.

Some fans are wondering if he was shipped to a school to work out his “behavioral issues.” Even Jon Gosselin has no clue where Collin Gosselin is these days. He told ETOnline’s Jennifer Peros that he may “have an idea” of where his son is, but he doesn’t “really know where he is.” Meanwhile, Kate Gosselin has said that he’s in a “special school” for kids that deal with “behavioral issues.”

That would just exacerbate the situation and make things worse for the tween. It wouldn’t be a surprise if most of Kate Gosselin’s eight kids ended up in some sort of counseling.