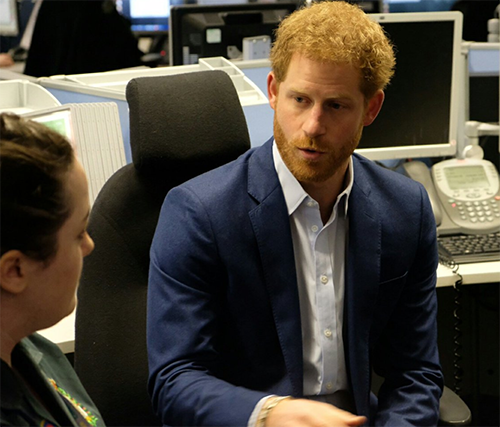 Prince Harry and Meghan Markle’s relationship has gone to the next level and the couple isn’t trying to hide from the paparazzi. It appears that Meghan has moved into Harry’s Nottingham Cottage bachelor pad at Kensington Palace and a Royal engagement announcement is expected in the spring.

Meghan and Harry were photographed while out on a casual date night. The Sun published photos of the couple holding hands. It must be serious because Royal PDA is frowned upon. Even when Royals are photographed getting cozy they look stiff and uncomfortable.

Just take a look at some of the photos of Kate Middleton and Prince William smiling and laughing and trying to be affectionate for the cameras. The Cambridges always look uncomfortable in those staged for the camera photos. 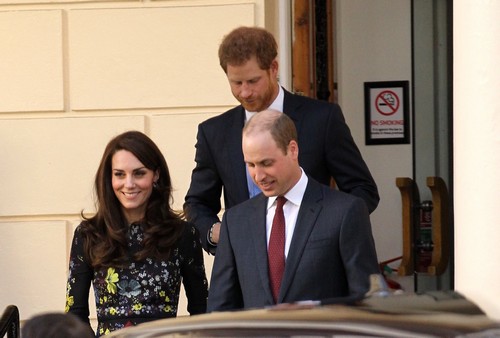 This is the second time The Sun has published photos of Meghan and Harry out in public together. The first-time Harry and Meghan were trying to blend in with the crowd was when they were strolling around and eventually purchased a Christmas tree.

The photos from Prince Harry and Meghan Markle’s date night on Wednesday, February 3 leaves no question in anyone’s mind – this relationship is serious.

The prince took the actress to dinner at Soho House a private club in West London. Another diner at the restaurant revealed to the publication that Harry and Meghan didn’t dine in a private area and didn’t mind the attention drawn.

The insider told the publication Prince Harry and Meghan Markle enjoyed the evening with several members of the ‘Made in Chelsea’ cast. Spencer Matthews, brother of Pippa Middleton’s fiancé, is a cast member of the reality show. It is not known if Spencer joined Meghan and Harry for the evening.

A friend reported that Harry and Meghan have barely been apart over the past five weeks and they’re head of heels in love.

The prince has many Royal engagements to carry out, but Meghan apparently is at Nottingham Cottage waiting for Harry at home with a home-cooked meal. If this isn’t a major indication that Harry and Meghan are living together, we don’t know what is.

Previous reports revealed that Meghan met Kate Middleton and presented the Duchess of Cambridge with a ‘Dream Journal.’ As we understand, Kate gave her approval and is excited to welcome Meghan into the Royal family as a sister-in-law.

Is Harry ready to marry Meghan and start a family? Though Harry adores Prince William and Kate Middleton’s children Prince George and niece Princess Charlotte, he has publicly stated he wants a family of his own.