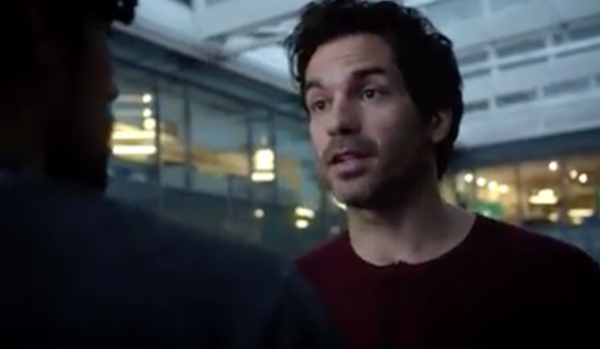 Tonight on CBS their new drama Salvation airs with an all new Wednesday, July 26, 2017, episode and we have your Salvation recap below!  On tonight’s Salvation season 1 episode 3 called “Truth or Darius” as per the CBS synopsis, “Darius must accelerate his plan to stop the asteroid before the Pentagon shuts him down. Meanwhile, Grace is forced to make some difficult decisions that could have life or death consequences for millions of people; and Liam and Jillian reunite under surprising circumstances.

So make sure to bookmark this spot and come back between 9 PM – 10 PM ET for our Salvation recap.  While you wait for our recap make sure to check out all our television news, videos, pics, spoilers & more, right here!

That journalist is still snooping around. Amanda had gotten a hint of a bigger story when she found out a low-level tech at the Department of Defense had been murdered and everyone was trying to cover it up however she thought she had a found an opening to getting that story. Amanda had met Liam not that long ago and he didn’t know that she was a journalist. But she went on one of the tours through Darius’s headquarters and she made sure to seek Liam out. So Liam had talked to her and had asked her if she was interested in the tour. And he had been surprised when she pulled out her business card.

Amanda may have been looking for a story, but she did tell Liam that she was a journalist and she had tried to get him to open up about his elusive boss. Yet, Liam knew that he couldn’t help her and so he was trying to find a polite way to fob her off when Darius’s people did the work for him. The security team had found out that she gotten too far away from the tour and so she was promptly returned back to the lobby. So Amanda was going to wait around in order to talk to Liam except he was busy. Darius had decided to surprise Liam by inviting a girl he liked to the building and he had also set aside time for the two to be together.

Though Liam didn’t think that he should be away from the project just to hang out with his possible girlfriend. So he later asked Darius what it was that he was playing at and Darius had replied that he thought Liam would like his surprise. He said that Liam had already taken time away from what they were doing to go to Jillian’s book reading and so why shouldn’t he meet Jillian for himself. And so Darius was playing some type of game. Liam just didn’t what it was and so he also didn’t understand why Darius had suddenly decided to act out of character because Darius had also taken Jillian out to lunch.

So Liam was on edge when Jillian came back from her lunch with Darius and said that she had been offered a job. The job apparently was a think tank with philosophers, artists, and writers. But Jillian didn’t know the real reason she had been head hunted while Liam did. Liam realized that Darius had created a made-up a job to get Jillian to move closer and so Liam had tried to tell Jillian about the job. He asked her to think about why a guy like Darius would pluck her out of obscurity and all that did was offend her. Jillian had asked Liam if he thought she didn’t belong with the others because she didn’t go to MIT. And she ran off before he could fully explain himself.

Elsewhere, though, Darius was getting bad news. He had found out that the military was giving him six days to come up with his EM Drive and that if it didn’t work they were going to blow up the asteroid. Which would scatter it into pieces and kill more than a billion people. However, Grace was trying to get the government to hold off on that and give Darius more time. So she told Darius that he needed to speed up his work and she also tried to get Harris to back down. Harris as Deputy Secretary of Defense had a lot of sway and so Grace had thought that she could bring him around, only he didn’t want to hear it.

Harris had gotten Grace the clearance she didn’t technically qualify for and he had let her speak her mind however he had later gotten called out on that and was told he was being too soft on Grace. So he tried to tell Grace that the military place was merely a backup and that it was best way to save the planet if Darius’s plan failed. Though Grace wouldn’t have it. She had actually gotten into a heated fight with Harris over their plan and she had told Darius that he had to throw everything he had at the project. And so everyone put forwards their best effort. Darius, Professor Croft, and Liam worked on the EM Drive and they were finally able to create a functioning model.

But the professor couldn’t sit in on the demonstration because he was still a wanted man and therefore the other two had gone ahead without him. Liam and Darius were supposed to show off their EM Drive and everything was coming together until they ran into a complication. The Drive wasn’t working like it should have and so Darius ordered Liam to add some juice to it even though if the professor had warned them not to. So that lit up the drive too much and their demonstration turned into an explosion. Which meant their last chance at convincing the government to change their minds went out the window.

So Liam was left angry. His professor had told him that Darius was more of a celebrity than a scientist and he saw that for himself when Darius tried to turn their last chance into a show. Yet, he couldn’t wait around with the others going over where they failed and he chose to meet up with Jillian. Liam had wanted to apologize to her for his earlier behavior and he told her that she should take the job if she wanted, but she told him that she already did and that the think tank she joined was part of some mission to Mars. She said that herself and others had to think of the about over a hundred people that could repopulate the earth if the world were to end.

Jillian had thought that was an unusual request except Liam knew that it wasn’t. He quickly figured out that Darius was going ahead with his arc and that made him doubt Darius’s movement leading up to the demonstration. Though, Grace as it turns out, had some questions of her own. She had finally revealed to Harris that she had been going behind his back to save the human race and so he decided to stop stalling. He took the call from the president that said they were a-go and then he let NASA send up a missile. So Grace had thought that they were going to kill people when Darius told her that he still had one more card to play. And the card turned out to be hacking NASA.

He hacked the missile they set up and deliberately ensured that it would fail.