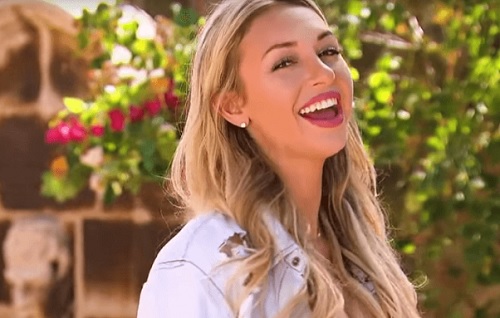 ‘The Bachelor’ spoilers indicate that two of Nick Viall’s women might be joining Bachelor In Paradise later this year. Corinne Olympios from Sunny Isles Beach, Florida and New Jersey native Alexis Waters are both tipped to be joining the upcoming season of the show this summer.  Word on the internet is Corinne and Alexis are already in talks to join the new BIP cast.

‘The Bachelor’ Season 21 with Nick Viall has so far proven to be one of the most controversial ones of the show’s history. Many fans are shocked to see the amount of nudity and the sexually aggressive contestants trying to make their moves on Nick.

Do you think both Corinne Olympios and Alexis Waters should join the next season of ‘Bachelor in Paradise?’ After all, both women have so far proven themselves to be standouts this season of ‘The Bachelor’ with Nick Viall. Many fans have labeled Corinne as the villain of this season while Alexis’ managed to shock viewers by not only appearing in a shark suit, but also singing happy birthday to her breast implants. 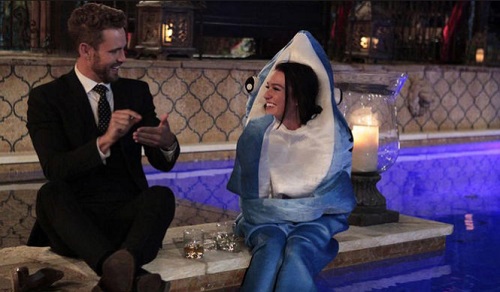 Then again, Corinne was also the first contestant to plant a kiss on Nick, flash her bare breasts and try to seduce him with whipped cream. At this point in the season, anything can happen. It’s also no wonder that producers already want Corinne back for another round at love.

Considering how much publicity Corinne has managed to generate so far, many believe that she’ll have no problems landing a spot on ‘Bachelor in Paradise.’ Many producers pick past contestants who already have big followings to join the show. Alexis on the other hand is not as aggressive as Corinne, but definitely a little goofier. Many fans believe she’s the most likable contestant on the show, even though she may appear to be clueless at times.

So far, ‘The Bachelor’ Season 21 spoilers indicate that Corinne makes Nick’s final four along with Vanessa, Raven and Rachel. Corinne has so far proven that she’s willing to do whatever it takes to stay on the show for as long as possible. Will she be able to win the final rose? Of course, viewers will simply have to wait and see what happens next.

‘The Bachelor’ Season 21 airs every Monday at 8pm EST on the ABC network. What do you think of this season so far? Drop us a line with your thoughts in our comments section below.

Also, check back with CDL for all the latest news and updates on ‘The Bachelor’ Season 21 spoilers right here! 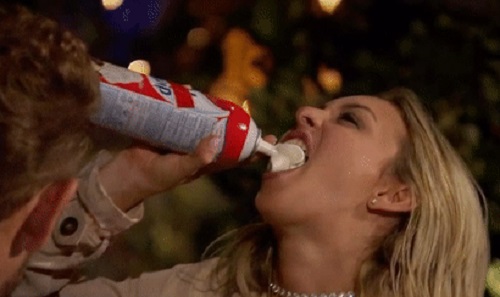 “Raquel is better than farm chores. She works for me.” – Corinne #TheBachelor pic.twitter.com/bqjknAxWf1