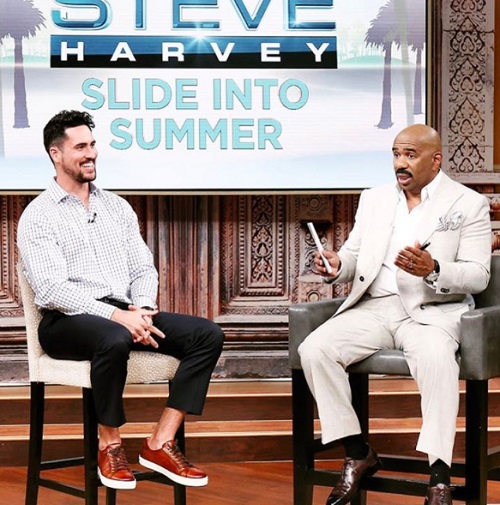 The Bachelorette star Josh Murray has earned quite the reputation thanks to both of his ex fiancees. Now he is turning to comedian and talk show host Steve Harvey for help. The Bachelor in Paradise alum will appear on an upcoming episode of “The Steve Harvey Show” to fight back against allegations that he is controlling and abusive.

We were first introduced to Josh on season 10 of “The Bachelorette” when he was just one of twenty-five hopefuls trying to win the heart of Bachelorette Andi Dorfman. In the end, Andi choose Josh and accepted his proposal. They were engaged for five moths before announcing their breakup. Many were surprised after the couple split, not because the relationship ended, (most people have low expectations of couples from that show actually lasting) but because Andi made some very shocking allegations against Josh.

In her book, “It’s Not Okay: Turning Heartbreak into Happily Never After”, Andi details a very unhealthy relationship with her former fiancee. Andi claims she was forbidden by Josh to take photos with other men and that he was verbally abusive and would call her nasty, derogatory names, even in public. She also states Josh tried to stand in the way of her career as an assistant district attorney. 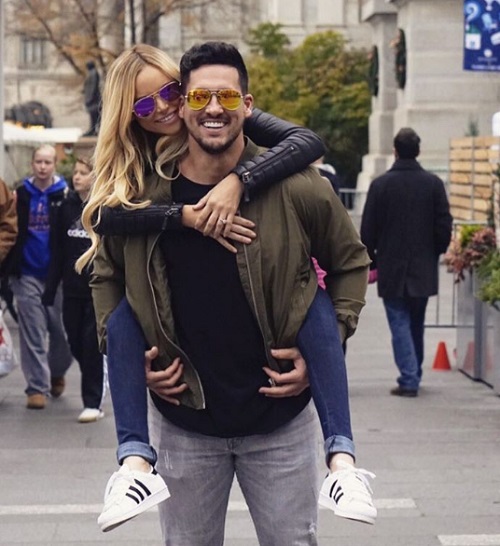 Josh’s next failed engagement was with Amanda Stanton, whom he met on “Bachelor in Paradise”. Amanda was an esthetician and single mom of two little girls. Shortly after filming of the dating show wrapped, Josh moved into Amanda’s condo with her daughters. Amanda was aware of Andi’s book but excused it as exaggerations by a bitter ex.

Perhaps Amanda shouldn’t have been so dismissive, because it turns out that she and Josh also had a volatile relationship. A few weeks ago Josh called the police on Amanda after the couple argued over a car Josh had bought for her. Since then, Amanda has also had unkind words for her ex, she was quoted as calling Josh, “the worst”.

Josh is now claiming his ex’s accusations are hurting his dating life and wants Steve to help him clean up his image. While he denies the more serious charges against him, he admits that he made mistakes and isn’t perfect. But, with not one, but two ex-fiancees claiming he’s controlling and abusive, perhaps in the future his time would be better spent with a therapist, and not on another “Bachelor” franchise dating show. 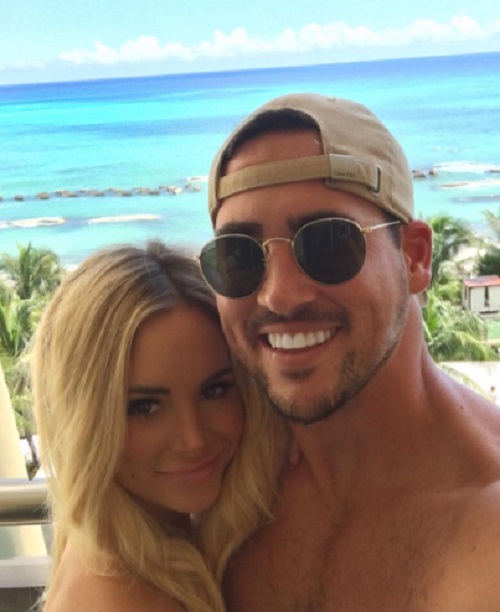 What do you think?  Share your thoughts in the comments below and check back with CDL for more Josh Murray news and updates here.