BY Heather Hughes on May 10, 2017 | Comments: 10 comments
Related : Soap Opera, Spoiler, Television, The Bold and the Beautiful 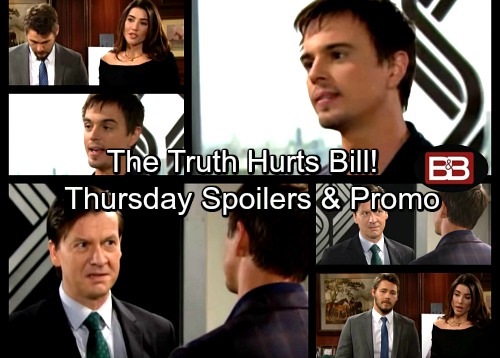 The Bold and the Beautiful (B&B) spoilers for Thursday, May 11, tease that CJ (Mick Cain) will refuse to sign over the Spectra property to Bill (Don Diamont). Thomas (Pierson Fode) just revealed Bill’s sabotage scheme, so CJ will feel like he owes Sally (Courtney Hope) and the gang another chance. Bill will declare that CJ is making a huge mistake. He’ll believe Thomas is going to regret this as well.

Meanwhile, Steffy (Jacqueline MacInnes Wood) and Liam (Scott Clifton) will be out of the loop on the unsuccessful deal. They’ll assume that Spectra is closing its doors for good. Steffy will gripe about Bill’s meddling. She’ll suggest that he’ll have his “precious skyscraper” soon. 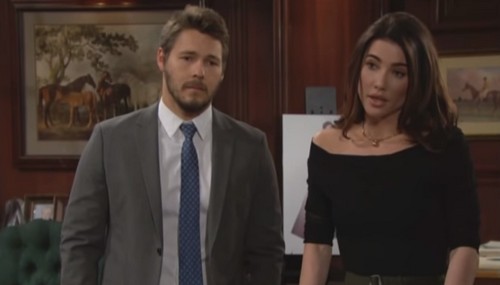 Once Steffy gets updates on the latest developments, she’ll have some concerns. The Forresters were ready to throw Sally in prison not too long ago. Now Spectra Fashions is going to be their competition again. Steffy will fear that she’s going to face backlash for filling Thomas in on the news.

Nevertheless, Liam will praise Steffy for following her heart. He’ll contend that Thomas and the Spectras deserved to hear the whole story. The Bold and the Beautiful sneak peek shows Liam saying, “What my dad did was vindictive and selfish. You know that Thomas and Sally had a right to know that.” 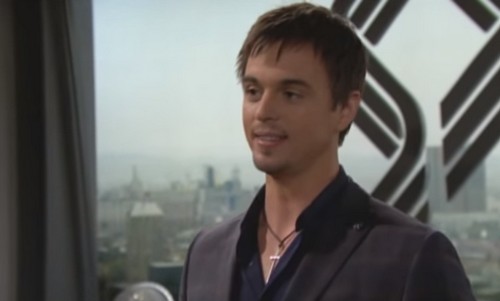 Steffy will agree that she really had no choice. It would’ve been hard to look Thomas in the eye if she’d kept that secret. Now Steffy will just have to wait and see what happens. She’ll remain hopeful that they can all put this ordeal behind them.

At Spencer Publications, Wyatt (Darin Brooks) will have a tense meeting with Jarrett (Andrew Collins). He’ll demand some answers about Jarrett’s confession. Thursday’s B&B preview video shows an annoyed Wyatt asking, “Why did you tell Liam that my dad wrote the review of Spectra’s preview?” 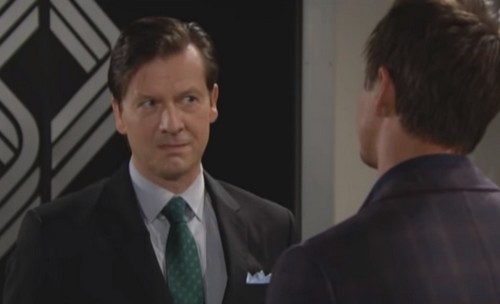 Jarrett will remind Wyatt that it was true. He won’t think he should be blamed for being honest. Jarrett will insist that Wyatt should hold Bill responsible for his own actions. “Dollar Bill” just couldn’t resist his destructive desires.

Wyatt will realize that big trouble is brewing. Bill crushed Sally’s dreams briefly, but now he’s the one with a failed goal. What will Bill’s next move be? Will he retaliate against Thomas and his family’s company? We’ll keep you posted as other Bold and the Beautiful details emerge. Stick with B&B and don’t forget to check CDL often for the latest Bold and the Beautiful spoilers, updates and news.