The Bold and the Beautiful Spoilers: Will Next Love Interest Reignite Wyatt and Liam’s Feud – Hope Recast On The Way? 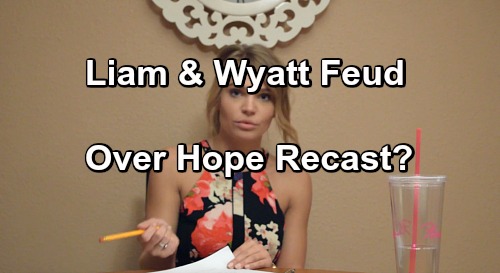 The Bold and the Beautiful (B&B) spoilers tease that Liam’s (Scott Clifton) guilt will make him reach out to Wyatt (Darin Brooks). Now that Steffy’s (Jacqueline MacInnes Wood) marriage is officially over, Liam has mixed emotions. He’s thrilled to have Steffy all to himself, but he knows his brother is hurting.

B&B spoilers state that Liam will try to hash things out with Wyatt. He’ll probably apologize for any behavior that seemed too cruel. Liam just got caught up in the conflict. Love can lead to brash moves and slightly crazy behavior. Since the love triangle has been resolved, Liam will hope that they can get past all the strife. 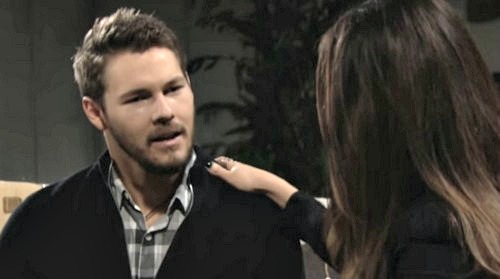 Wyatt will surprise Liam when he reveals the reason he sped up the divorce. The Bold and the Beautiful spoilers say there was a significant purpose to Wyatt’s plan. Perhaps Wyatt will admit that he just wants Steffy to be happy. He loved her enough to let her go.

Steffy couldn’t handle being pulled in two different directions all the time. Wyatt could see that it was taking a toll on her. He might even suggest that he sees how Steffy and Liam look at each other. Wyatt could argue that he simply couldn’t compete. 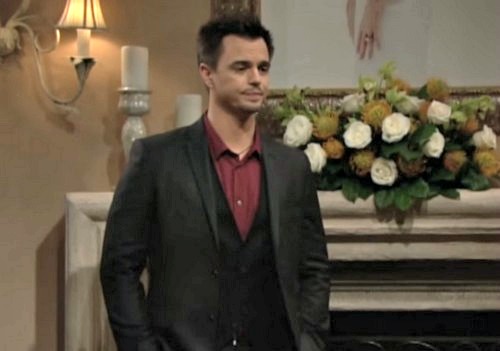 The Bold and the Beautiful spoilers say Liam will appreciate whatever poignant words Wyatt comes up with. He’ll let Wyatt know that he’s grateful for his sacrifice. Liam might promise to treat Steffy with respect and make sure she’s truly content. If there’s one thing the Spencer brothers can agree on, it’s putting Steffy first.

It appears Wyatt is ready to move on, so we have to wonder what’s next. There’s been a lot of talk about Hope (Kim Matula) lately. Could the show recast her? Liam would undoubtedly throw a hissy fit if Wyatt tried to get Hope back. Steffy would get jealous and suddenly we’d have a love quad. 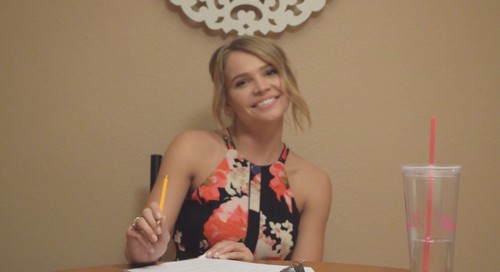 Many B&B fans would be opposed to that idea. It would be another recycled plot and most of us are hoping for something new. A character named Olivia is supposedly on the way – but this character could be a Hope recast, or at the minimum, a new character designed to provide similar dynamics to Hope on B&B. She might catch Wyatt’s eye once she debuts. Steffy might even do some matchmaking if she meets Olivia first. 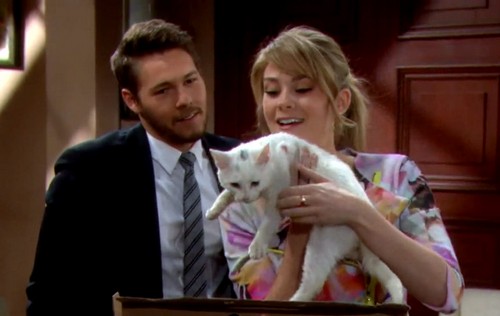 Of course, it’s tough to believe that Liam will be able to steer clear of Wyatt’s next love interest for too long. These two always end up sharing women. Wyatt usually goes for Liam’s leftovers, but Liam might fancy his brother’s new sweetheart soon enough.

What could be in the works for Liam and Wyatt? Are you hoping for something fresh? Will they fall back into old habits instead? We’ll give you updates as more news comes in. Stay tuned and don’t forget to check CDL often for the latest Bold and the Beautiful spoilers, update sand news. Come and join the conversation on our Bold and Beautiful Facebook Group!

Today on #BB… Liam feels sorry for his brother. pic.twitter.com/QxtNqRr5wx