BY Sean O'Brien on May 13, 2017 | Comments: 21 comments
Related : Soap Opera, Spoiler, Television, The Young and the Restless 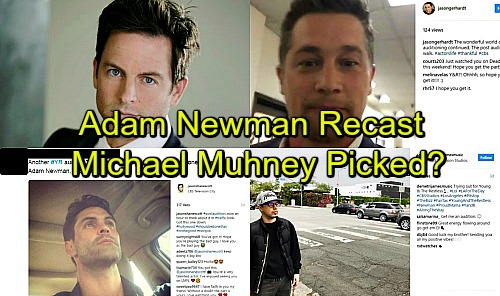 The Young and the Restless (Y&R) spoilers tease that recent reports about recasting the Adam Newman (most recently played by Justin Hartley) role might be an epic head fake. Of course no one can prove otherwise, as recent rumors are just that. But just imagine the joy and alternatively, exaggerated outrage, when viewers see Michael Muhney wearing Adam’s face again.

Some fans are still hoping that Hartley will agree to return for a brief run, which could be filmed during his hiatus from his hit NBC nighttime show This Is Us. That would allow this well-liked actor to be present for the resolution of the ‘Adam Isn’t Dead Again’ storyline. Muhney was also well-liked by a wide swath of Y&R’s audience when he was part of the cast from 2009-2014. His electric turn as Adam Newman propelled this character to an entirely new level. 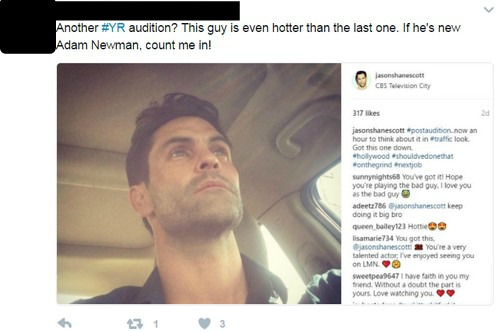 Adam’s banter with the great Victor Newman (Eric Braeden) created reams of delightful dialogue. It was intimated that both actor’s (Muhney and Braeden) egos often clashed, which added to the compelling nature of their on-screen chemistry. With whatever was true, there was no doubt that Adam verses Victor meant game on. 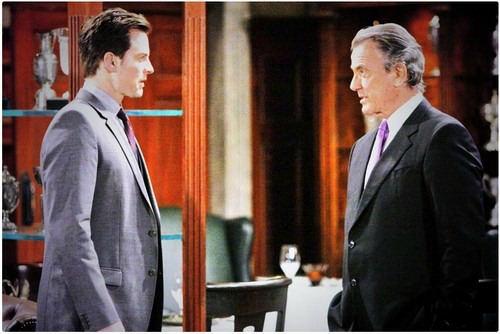 Soap opera audiences, as with all other entertainment supporters, have gained easier access to stars and behind the scenes decision-makers through the rise of social media. That accessibility, along with the perception of its depth has allowed some daytime devotees to believe that they have a say in all things Y&R. That’s likely true, but only to a certain extent.

However, it’s not possible to know, nor would TPTB likely let the public know just how much influence the fans actually have. Are fan comments being used to affect storylines, actor’s tenures and other key points factors within the show? To what degree does Y&R (and all other shows) calculate and use the free publicity all fans generate whenever they reference the show(s) on social media? 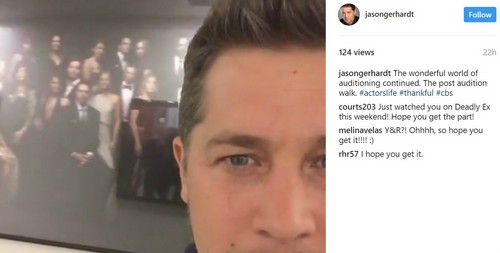 The Young and the Restless might be betting that actually bringing Michael Muhney back would create more positive buzz than negative. Those who continue to believe whatever about Muhney’s departure and his inability to be rehired to-date will likely continue to avoid accepting one main fact.

They don’t have direct knowledge of the reason(s) for his termination, or know how he’s currently thought of by Y&R and within the industry. In lieu of those truths, personality projections have been applied to this specific actor, for better and worse, since December 2013, when news of his termination first broke. 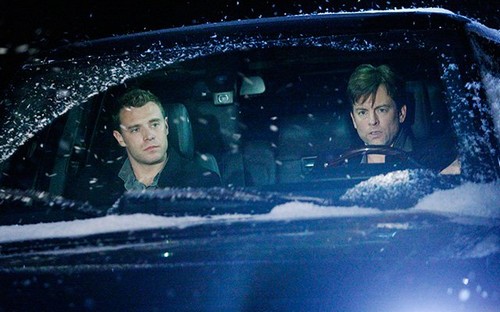 It isn’t speculative to claim that a massive firestorm of interest would exist if Muhney reclaims his spot in The Young and the Restless cast. It’s educated conjecture to believe that his initial appearance would draw major ratings. But if the show has actually decided to rehire Michael Muhney and reports of other recasts represent a purposeful diversion, then all personalities, including the one owned exclusively by this scribe better be prepared.

Yes, this specific return – Adam Newman alive – will be entertaining. And isn’t that the goal of entertainment? CDL is a leading source for everything linked to The Young and the Restless. Check back regularly for Y&R spoilers and news!