BY Heather Hughes on November 30, 2017 | Comments: one comment
Related : Soap Opera, Spoiler, Television, The Young and the Restless 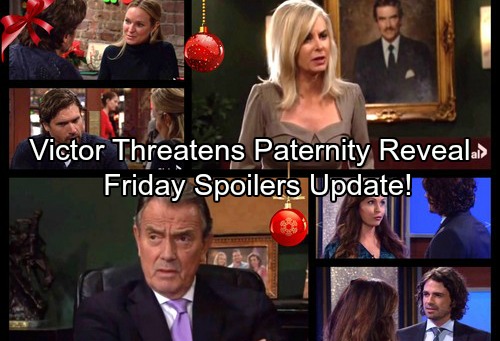 The Young and the Restless (Y&R) spoilers update for Friday, December 1, tease that Nick (Joshua Morrow) and Chelsea (Melissa Claire Egan) will spend some time decorating for Christmas. When they stumble across Adam’s (Justin Hartley) ornament, Nick will suggest that it should go on the tree. Chelsea and Nick will also share a kiss under the mistletoe as they get in the holiday spirit.

At Newman Enterprises, Ashley (Eileen Davidson) will cause a scene over Abby (Melissa Ordway) getting pushed out. Victor (Eric Braeden) will insist that he hadn’t been brought up to speed yet. He’ll promise Ashley that he can clear this up, but she’ll contend that Abby would be better off at Jabot. 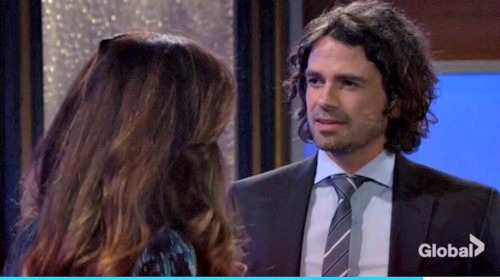 Later, Ashley will thank Ravi (Abhi Sinha) for their sexy evening and they’ll be on the same page about doing it again. However, Ash will admit that she likes the spontaneity of it all. She’ll advise against planning their romantic encounters, which will leave Ravi looking concerned.

Back at Newman, Victor will call Victoria (Amelia Heinle) out for her jealousy issues or whatever it is she’s dealing with. He’ll want her to hire Abby back and settle their dispute. In a TV studio, Y&R spoilers say Scott (Daniel Hall) will give an interview about the sex ring. He’ll deny that Abby had any knowledge of it and suggest that Newman as a whole is innocent.

In Victor’s office, Abby will contend that changes need to be made. If she’s going to come back, she’ll expect a raise and no more reporting to Victoria. Any info she shares will go through Victor. Abby will remind Victoria that she let her leave the company, but gave Scott a bonus to stick around. She’ll indicate that she’s never going to forget that.

Victor will have to decide if he can accept Abby’s demands. Things could get tricky if Victoria makes demands of her own. In the meantime, The Young and the Restless spoilers say Victor will pop in the penthouse. He’ll let Chelsea know that he expects to see her at the ranch for the Christmas tree lighting.

Victor will urge Chelsea to bring Connor (Gunner and Ryder Gadbois) to the party and he won’t take no for an answer. If Chelsea doesn’t do what she’s told, Victor could share a devastating secret. He’ll warn that Nick wouldn’t like hearing about the lie his family’s based on. 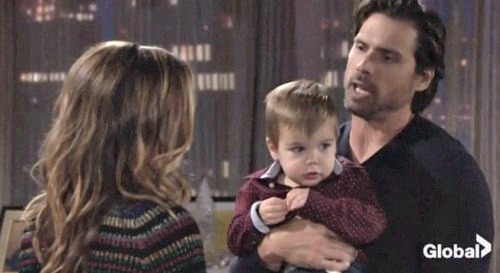 Chelsea will look shocked by Victor’s threat. She’ll be desperate to keep Christian’s (Jude and Ozzy McGuigen) paternity under wraps, so she’ll do her best to appease Victor. Meanwhile, Nick will find out that Sharon wants Scott to move in. He’ll note that Faith (Alyvia Alyn Lind) likes Scott, so he’s OK with it.

Back at the TV studio, Scott will learn there’s a job waiting for him in New York. He can be a national news reporter if he accepts. At the hospital, a nurse will mistake Lily (Christel Khalil) for Sam’s mom. Lily will confess that she’s just there to support Cane (Daniel Goddard), but she’ll happily give blood for Sam’s surgery. She could be the reason little Sam pulls through.

Lily’s blood is preferable, so Cane will be appreciative of everything she’s doing for his son. They’ll share some warm moments, so this reunion seems to be right on track. We’ll give you updates as other Young and the Restless details emerge. Stick with Y&R and don’t forget to check CDL often for the latest Young and the Restless spoilers, updates and news.