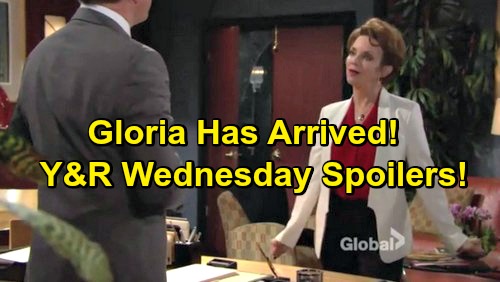 The Young and the Restless (Y&R) spoilers for Wednesday, February 8, tease that Lily (Christel Khalil) will offer Devon (Bryton James) a warning. Hilary (Mishael Morgan) didn’t respond well to the cashier’s check Devon offered. She ripped it up in front of him and insisted that she wasn’t for sale.

Now Lily might be concerned about Hilary’s next move. She’ll suggest that Devon needs to get out in front of this before things get ugly. Devon will assure Lily that she doesn’t have to worry. He’ll state that he’s already taken care of it. Let’s hope Devon doesn’t push too hard with all of this. Hilary loves Devon, but she has a limit. 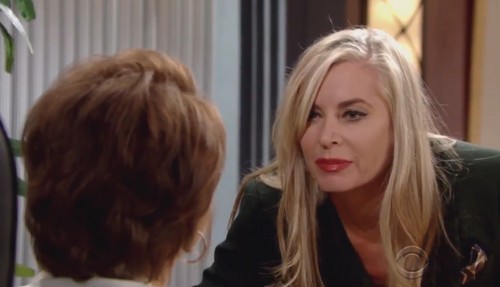 Meanwhile, Jack (Peter Bergman) will adjust to having Gloria (Judith Chapman) around. He reluctantly hired her as his secretary when he couldn’t find another suitable position. Naturally, this is going to lead to some heated conflict. Jack will do his best to dodge the strife, but it won’t really work out for him.

The Young and the Restless preview video shows Gloria saying, “I knew you’d probably show up early trying to avoid me. No such luck.” She might point out that they’re going to be seeing a lot of each other, so Jack had better get used to it. Of course, Ashley (Eileen Davidson) will also have to deal with the drama. 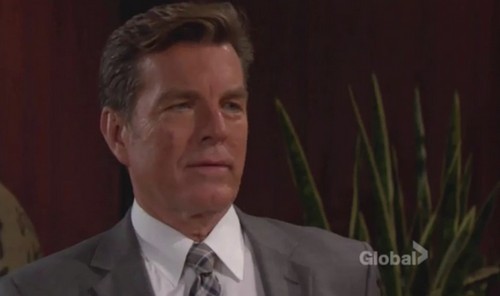 Y&R spoilers reveal that Gloria and Ashley will have an intense showdown in Wednesday’s episode. Ashley won’t want Gloria meddling in her family’s business, but Jack may force his sister to accept this. Gloria obviously needs to watch her back. Ashley could plot a sneaky takedown if Gloria doesn’t keep an eye on her.

Other Young and the Restless spoilers say Victoria (Amelia Heinle) will have some big news for Billy (Jason Thompson) and Cane (Daniel Goddard). She’ll announce that she wants to buy Brash and Sassy on her own. Billy will get on board with the idea pretty soon, but Cane will object right away. He won’t see why Victoria should get dibs on the company. 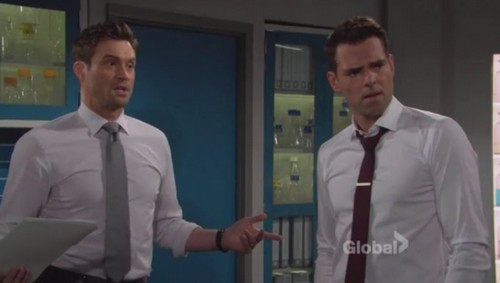 Victoria will explain that she built Brash and Sassy from the ground up. She’ll feel like she deserves the chance to take control of her baby. Besides, Victoria may already have everything lined up. If all her ducks are in a row, why shouldn’t she pounce on this opportunity?

Cane will quickly decide that the war is on. Will he suffer a bitter defeat? We’ll give you updates as more details emerge. Stay tuned to Y&R and don’t forget to check CDL often for the latest Young and the Restless spoilers, updates and news. Come and join in the LIVE discussion on our Facebook Page!

Things are heating up on #yr ❤️💛💜 pic.twitter.com/tc71pmlsTW