BY Heather Hughes on October 25, 2017 | Comments: one comment
Related : Soap Opera, Spoiler, Television, The Young and the Restless 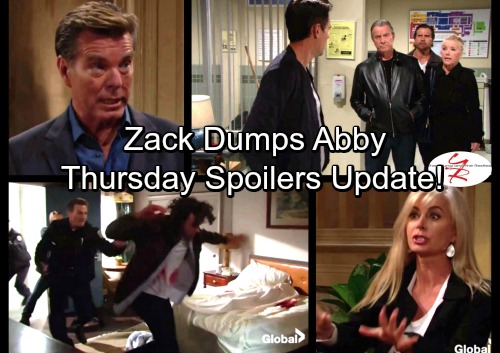 The Young and the Restless (Y&R) spoilers for Thursday, October 26, tease that Scott (Daniel Hall) will panic at the motel. He’ll take off his bloody shirt as he looks at the dead hooker next to him. Scott will frantically dial Victor’s (Eric Braeden) number, but he won’t be able to get through.

At the hospital, Victor will seek answers about Victoria’s (Amelia Heinle) condition. Nikki (Melody Thomas Scott) and Nick (Joshua Morrow) will be fearful as well. Y&R spoilers say Abby (Melissa Ordway) and Reed (Tristan Lake Leabu) will show up a bit later. The whole group will be desperate for more info from Victoria’s doctors. 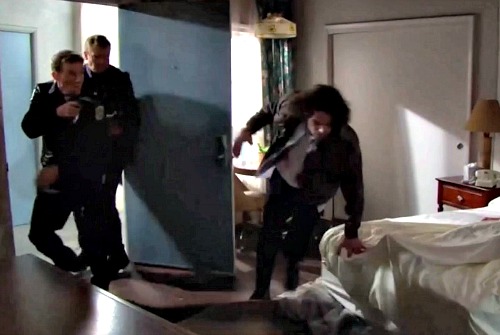 Once Victoria wakes up, she’ll finally learn what’s going on. The doc will suggest that she’s been exposed to something toxic. The effects of the poison have slowly taken a toll on her. Victoria will determine it must be the face masks she’s been testing for months. She’ll realize this is going to be a total disaster for Brash and Sassy.

Victor will eventually step away to take a call. He’ll be surprised to hear about Scott’s latest predicament. The Young and the Restless spoilers say Scott will beg Victor to make his problems disappear. Victor will insist that he can handle this. Unfortunately, his idea of handling it will be turning Scott in!

Once Paul (Doug Davidson) hears from Victor, he’ll head over to the motel with some cops. Y&R spoilers say Paul will barge in and push Scott to get on the floor. Scott will argue that he’s been framed. He’ll believe the person who tipped off the police might be responsible. Paul will point out that Victor made the call, so Scott may have to rethink that theory.

Scott will talk through everything he recalls at the police station. He’ll bring up his meeting with Zack (Ryan Ashton), so Paul will decide to grill him. Elsewhere, Zack will order Leon (Renes Rivera) to move all the girls to another location. He’ll be ready to take off in his car, but Paul will need some information first. 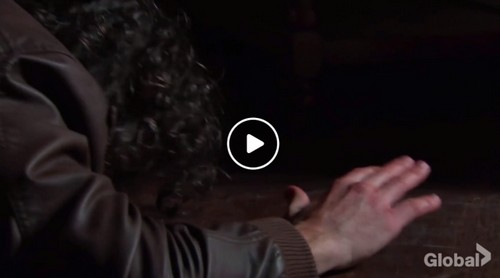 Zack will claim that he simply put Scott in a cab. He’ll note that Scott seemed quite interested in a young blonde woman. After Paul shows him Natalia’s (Tina Ivlev) picture, Zack will confirm that it was the same girl. Once Paul’s gone, Zack will leave a message on Abby’s voicemail. He’ll contend that he’s not the guy she needs to be with. Zack will wish Abby the best and vow to remember her forever.

In Florida, Jack (Peter Bergman) and Ashley (Eileen Davidson) will show up to get Dina (Marla Adams). At the hotel, they’ll be shocked to see Dina gabbing and drinking with two posh ladies. She’ll look like she’s having the time of her life, so Ashley and Jack will definitely have questions.