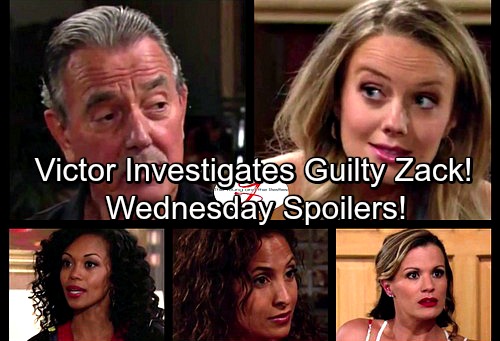 The Young and the Restless (Y&R) spoilers for Wednesday, August 30, tease that Hilary (Mishael Morgan) will ask Chelsea (Melissa Claire Egan) to sit down for a chat. Chelsea will suggest that she’s a little busy, but Hilary won’t accept that. She’ll contend that Chelsea needs to make time because they have some unfinished business.

This is probably about the plan to feature some of Chelsea’s designs on The Hilary Hour. The Young and the Restless spoilers hint that they may nail down the details on Wednesday. Hilary won’t settle for anything less than the best, so she’ll undoubtedly be picky. 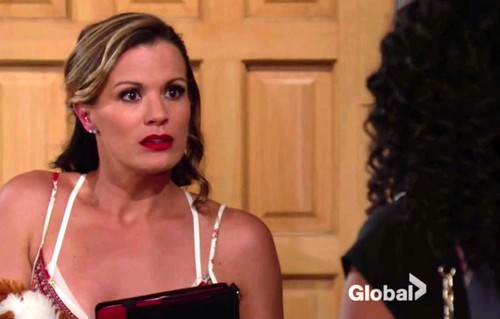 Nevertheless, Chelsea is pretty good at figuring out what a client wants. They’ll come up with a solution they can both agree on. Once they’re done, Hilary will have something else she wants to discuss. She’ll bring up Jordan (Darnell Kirkwood) and how much she’d like to get him back.

Instead of offering tips on how to make that happen, Chelsea will urge Hilary to back off. Y&R fans know Hilary often gets herself in trouble with scheming. Chelsea will argue that Hilary is the one who’ll get burned if she cooks something up. She won’t want Hilary to make a move she might regret. 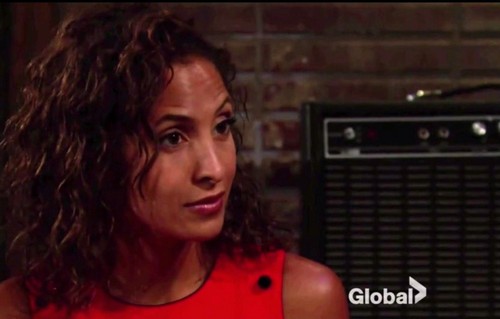 Of course, Hilary will still think she can pull this off. She might pretend she’s taking Chelsea’s advice, but the wheels are already turning. The Young and the Restless spoilers say Hilary will focus on some bold strategies over the next couple of weeks.

Meanwhile, Jordan will concentrate on Lily (Christel Khalil). He’ll let her know that his breakup with Hilary is final. Jordan will feel like he’s ready to head down a new path and he’ll hope that Lily is on it. However, Lily will be hesitant to jump into a new romance. She’ll worry about causing more problems for Mattie (Lexie Stevenson) and Charlie (Noah Alexander Gerry). 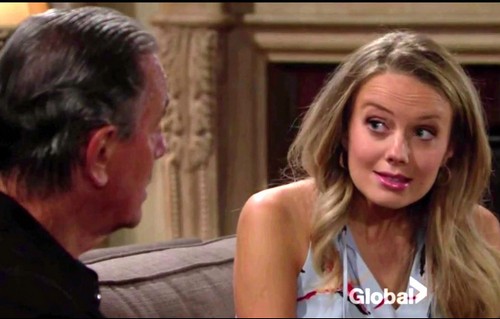 Other Young and the Restless spoilers state that Victor’s (Eric Braeden) news will leave Abby (Melissa Ordway) on edge. He’ll reveal that he asked Zack (Ryan Ashton) to join them this evening. It sounds like Victor wants the chance to grill Zack and find out if he’s worthy of dating his daughter.

Unfortunately, Zack’s secrets will come back to haunt him soon enough. Abby should have major issues to deal with. We’ll give you updates as other Y&R info comes in. Stay tuned to the CBS soap and don’t forget to check CDL often for the latest Young and the Restless spoilers, updates and news.

Love and Hate collide! An all new week of #YR starts today on @CBSDaytime! pic.twitter.com/RzXHaFx8XT