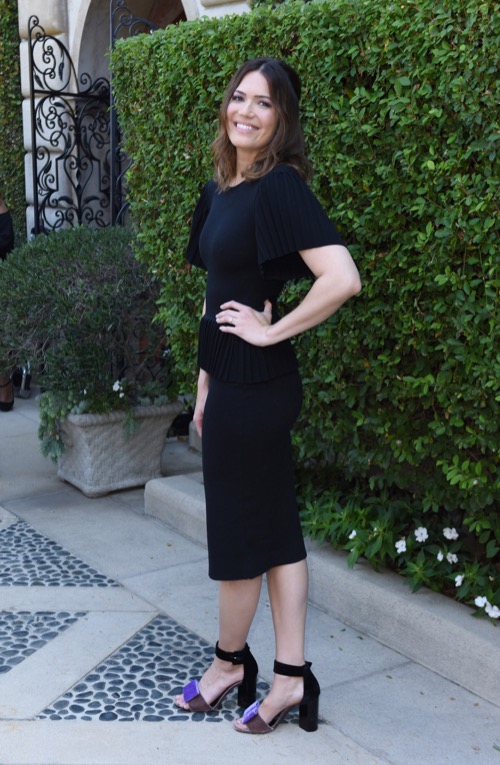 Mandy Moore is setting the record straight about a recent photo she uploaded on her Instagram account. Many of her social media followers accused the This is Us actress of photo shopping her pic as she appeared to look much thinner than what she normally looks like on the small screen. But according to the Hollywood actress, that’s not the case at all.

Mandy uploaded a photo of her posing backstage before her appearance on The Tonight Show Starring Jimmy Fallon on Tuesday, October 10. She showed off her sleek frame, which according to some critics, looked a little too skinny. It didn’t take very long for some eagle-eyed followers to notice that some of the wood panels looked crooked near her midsection, accusing Mandy of photo shopping the pic. Others noticed that her bicep looked disproportioned to the rest of her body.

But Mandy wasn’t having any of it. She quickly responded to the comments by saying, “Not nice or true. Do better. This is so disheartening. Nope just the angle. Ugh. I am 5’10 and a size 6. I have NEVER photoshopped pictures. That’s not what I’m about. If you’re going to be rude about people’s bodies, go elsewhere.” 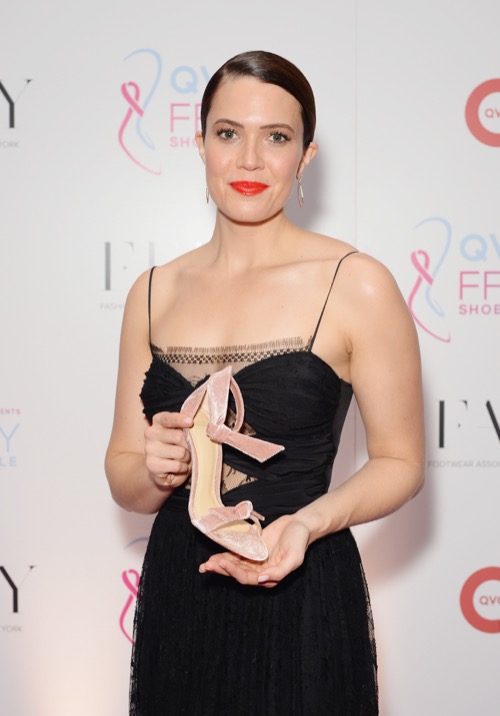 Clearly, Mandy Moore doesn’t want to be the kind of actress that makes headlines for embarrassing photo shopped social media pics. With This is Us being the massive hit that it is, Mandy Moore’s career has never looked better and she wants to keep it that way. Of course, Mandy Moore isn’t the only star of the show who has gotten criticism for her body and her appearance. Her co-star Chrissy Metz recently admitted that she’s well aware of all the fat shaming she’s received online for wearing figure-hugging dresses and revealing ensembles on the red carpet. Despite all of the negative comments, Chrissy says that she’s not going to dressing the way she wants to dress simply because of her haters.

And apparently, Mandy feels the exact same way. She doesn’t have the time or the energy to deal with people and their photo shopping accusations and that’s why she shut down her trolls before they could say anything else.

So far Mandy Moore has not made any additional comments about the controversy. In the meantime, don’t forget to check back with CDL for all the latest news and updates on Mandy Moore along with This is Us Season 2 spoilers right here.

Photo by Vivien Killilea/Getty Images for The Rape Foundation

Love any time I get to hang with the sweetest @jimmyfallon on @fallontonight. Watch us at 11:35 on @nbc!! And ps: I am 5’10 and a size 6. I have NEVER photoshopped pictures. That’s not what I’m about. If you’re going to be rude about people’s bodies, go elsewhere.