Days of Our Lives Spoilers: Chloe Abducted by Shady Miguel – Mysterious Boss Gets What He Wants 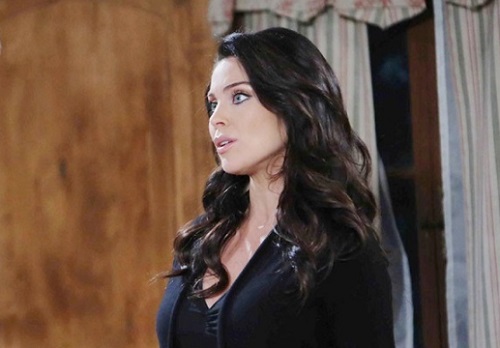 Days of Our Lives (DOOL) spoilers tease that Lucas (Bryan Dattilo) will be proven right, but he definitely won’t be happy about it. He’s been warning Chloe (Nadia Bjorlin) about the danger of accepting a stranger’s offer. A mysterious man wants Chloe to star in an opera of her own – at least that’s what he claims. However, something is clearly fishy about this setup.

All Chloe knows about this offer is that it’s in Mexico City and Miguel (Philip Anthony-Rodriguez) is the middle man. He’s doing his best to follow his boss’ orders and convince Chloe to come back with him. Thanks to Lucas, this task is proving to be tougher than Miguel planned, but he’s hanging in there. Miguel undoubtedly believes he’s close to winning Chloe over.

Days of Our Lives spoilers state that Chloe will make a decision on Wednesday, April 18. Will she trust Lucas’ instincts or take a risk for her dreams? Based on the action happening next week, Chloe may pass up this chance. She might determine that Lucas is right and it’s just too shady. 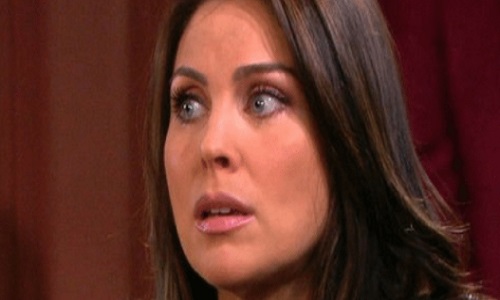 Besides, Chloe doesn’t want to pack up Parker (Christian Ganiere) and move him to Mexico. The alternative would be leaving Parker with Nancy (Patrika Darbo), which isn’t the greatest solution either. Chloe needs to be there for her kid and help run her business in Salem.

Nevertheless, it seems Miguel has been instructed to bring Chloe back no matter what. DOOL fans can expect Miguel to take drastic action on Friday, April 27. Days of Our Lives spoilers say Chloe will be abducted and presumably carted off to Mexico. The destination is probably one of the few things Miguel was honest about.

Unfortunately, Lucas will be busy with other drama at first. He may try to track Chloe down later, but she’ll be on her own for the initial part of this journey. Chloe is probably meant to be El Fideo’s next sex slave. This drug lord threatened Theresa’s (Jen Lilley) family, so she caved in and vowed to bring him down.

Since it appears Theresa hasn’t achieved her goal yet, perhaps Chloe can pitch in. Days fans love when strong women stick together. Of course, Lucas could fit in all this as well. He might get a shot at playing the hero, which would also thrill many viewers.

Regardless, some exciting scenes are looming. Theresa’s return stint kicks off in May, so it won’t be long now! We’ll give you updates as other Days news comes in. Stay tuned to DOOL and don’t forget to check CDL often for the latest Days of Our Lives spoilers, updates and news.

This week on #DAYS: Chad discovers Stefan and Gabby in a compromising position. pic.twitter.com/siazWdCgjT